Engagingly written, Unholy Alliance is a comprehensive, popular history of the occult background and roots of the Nazi movement, showing how the ideas of a vast international network of late 19th- and early 20th-century occult groups influenced Nazi ideology. Levenda takes readers through the teachings of Madame Blavatsky, Aleister Crowley, the Thule Gesellschaft – the occult secret society that formed the ideological heart of the early Nazi Party – the Order of the Golden Dawn, and the Order of the Eastern Temple and demonstrates how each influenced Nazi ideology. He also details the expedition to Tibet of the Ancestral Heritage Research and Teaching Society, comprised of the same SS officers who would later be involved in grisly medical experiments on concentration camp prisoners. Levenda traces the Nazis’ movements as they continued their activities after the war or morphed into neo-Nazi, skinhead, and satanic groups, such as the Christian Identity and White Aryan Resistance movements. Levenda’s is not only a “major work of investigative reporting,” but also the striking story of the unholy alliance between politics and religion – or politics and occultism – that has dominated events in Europe and the Americas since World War I, with all its implications for continuing racial and religious violence in Europe, Asia, and the Americas. 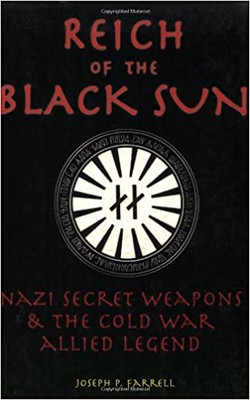 More than half a century after the defeat of Nazism and fascism, the far right is again challenging the liberal order of Western democracies. Radical…

The Secret King is the first book to explode many myths surrounding the popular idea of Nazi occultism, while presenting the actual esoteric rituals used…

swastika An ancient and potent sacred and magical Symbol. The swastika is a cross with bent arms of equal length that appear to rotate in…