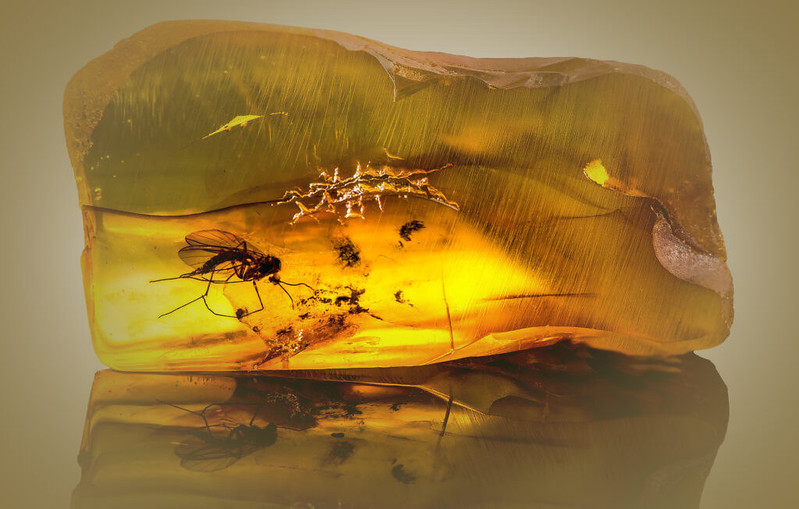 Amber is a yellow-gold, fossilized resin with electrical properties, highly prized since prehistoric times and worn as jewellery to protect against witchcraft, sorcery and poisons. Only the pearl is older than amber in use as jewellery and amulets. Amber was heavily traded by the Phoenicians. The ancient Romans used it to cure headaches and throat infections and considered a phallus made of amber to be the ultimate protection against the evil eye.

Amber also is considered a bringer of good luck and a protector of health. It is believed to help women in labour, to keep a person cool in the hot sun and to remedy failing eyesight, earaches and a host of intestinal and kidney ailments. Jet, or black amber, has similar properties. In Iceland, jet serves as a protective amulet. In medieval Europe, jet was burned to drive away evil spirits.