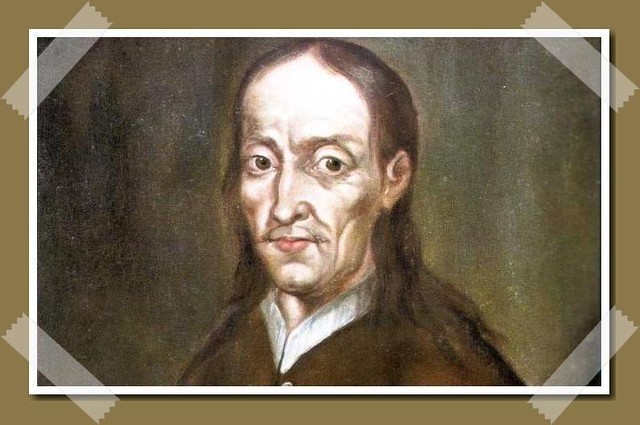 Jakob Böhme (1575–1624) Bohemian shoemaker and mystic, whose works are important to a spiritual interpretation of Alchemy. Jakob Böhme (also spelled Jacob Boehme), called the German Theosopher, was famous in his lifetime and for generations that followed. His works influenced theological and philosophical thinking, especially during the late 17th and early 18th centuries. More than any other alchemist, he systematized the Symbols of alchemy. His admirers include ISAAC NEWTON, the English theologian William Law, German philosopher Friedrich W. J. von Schelling, and poets WILLIAM BLAKE and Samuel Taylor Coleridge.

Böhme was born in Altsteidenberg (Old Seidenberg), Upper Lusatia, to a peasant family. In childhood he tended his family’s sheep and briefly attended school. At age 13 he went to Görlitz, where he learned the shoemaking trade and became a master by 1599. He married Katharina Kantzschmann, the daughter of a butcher.

According to Manly Palmer Hall , Böhme’s innate clairvoyance was opened in a major way one day when he was a young man. Böhme was standing in his kitchen when sunlight struck a pewter plate and temporarily blinded him. From then on, he was able to see all the beings of the invisible universe. Another story tells that Böhme’s mystical life was initiated while he was still a young cobbler’s apprentice.

One day a mysterious man came to the shoemaker’s shop while Böhme was there alone. The stranger asked the price of a pair of shoes. At first Böhme was reluctant to give a figure, fearing he would displease his master, but the stranger insisted, and finally the youth gave a price. The man bought the shoes and left. He had gone a short distance down the street when he stopped and called out in a loud voice, “Jakob, Jakob, come forth.” Frightened, Böhme ran out in the street.

The stranger looked at him with compelling eyes that seemed to radiate divine light. The man took hold of Böhme’s right hand and said, “Jakob, thou art little, but shalt be great, and become another man, such a one as at whom the World shall wonder. Therefore be pious, fear God and reverence his Word. Read diligently the Holy Scriptures, wherein you shall have comfort and instruction. For thou must endure misery and poverty, and suffer persecution, but be courageous and persevere, for God loves and is gracious to thee.”

This experience left a deep impression upon Böhme, and he followed the man’s instructions. After much study and contemplation, he had a seven-day-long extraordinary experience in which the mysteries of the invisible world were shown to him. The visionary experience was alchemical in nature, cooking within him for years before unfolding in written form. Böhme wrote this description of his vision:

I saw the Being of all Beings, the Ground and the Abyss; also the birth of the Holy Trinity; the origin and the first state of the world and of all creatures. I saw in myself the three worlds—the Divine or angelic world; the dark world, the original of Nature; and the external world, as a substance spoken forth out of the two spiritual worlds. . . .

In my inward man I saw it well, as in a great deep; for I saw right through as into a chaos where everything lay wrapped, but I could not unfold it. Yet from time to time it opened itself within me like a growing plant. For twelve years I carried it about within me, before I could bring it forth in any external form; till afterwards it fell upon me, like a bursting shower that kills where it lands, as it will. Whatever I could bring into outwardness I wrote down. The work is none of mine; I am but the Lord’s instrument, with which He does what He wills.

Böhme was a master shoemaker when he began to write philosophical and theological works. He studied with a Lutheran pastor of mystical leanings, Martin Moller of Görlitz. Böhme joined a mystical meditative group organized by Moller called The Conventicle of God’s Real Servants. The group and Moller himself encouraged Böhme to explore his own spiritual knowledge obtained through his visionary experiences. He kept careful records.

The experiences would come upon him spontaneously. Böhme would be working away and suddenly would feel the spirit move him. He set aside his work and went into a back room of his cobbler’s shop. He waited quietly for the next stage, which was a shift in his consciousness and an out-of-body experience. First the walls became dim and then transparent, and the air took on an opaque cloudiness. When the cloudiness cleared, Böhme was in a mystical state surrounded by light. He could see various beings, including angels, and could flow through mysterious vistas. He could look back on his own body sitting in his shop. In this state, Böhme received teachings from the beings through telepathy. After receiving teaching, he heard a voice say, “Jakob, return to your house.” Böhme found himself back in his body in his shop. The walls around him turned gray and back to normal.

Another type of experience was his ability to merge with another life-form through his willpower. He could focus on something, such as a plant, and will himself to become one with it, feeling its life force and presence.

Böhme’s first work, a philosophical treatise titled The Aurora, was completed in 1612. It was immediately popular and was passed among scholars without Böhme’s permission. By then, Moller was gone and replaced by a new pastor, Gregory Richter, who was almost the complete opposite of Moller: conservative and orthodox. Richter whipped up heresy charges against Böhme. The Lutheran Church publicly denounced Böhme and had him temporarily banished from Görlitz. The town council seized the original manuscript and forbade him to write. For seven years Böhme complied, keeping his experiences and knowledge to himself.

Böhme resumed writing by 1618. He met his next mentor, Balthasar Walter, a physician and Paracelsian alchemist and probably a Rosicrucian. Walter introduced Böhme to the kabbalah and alchemy and encouraged him to write. Böhme discovered that the kabbalah was a mirror of his visionary experiences and used it to describe his inner experiences. Through Walter, Böhme met other alchemists.

For the remainder of his life, Böhme worked privately on his writings, producing more than works, including:

Publication of these works was hindered by Richter, who continued to hound Böhme as a heretic. Böhme was denounced by the church again and decided to leave town for Dresden to meet with a group of his supporters. While there he fell fatally ill with fever and was carried back home, where he died.

Böhme’s supporters wasted no time in getting his works into print throughout Europe and into England. Böhme’s entire body of work was translated into English in the 18th century by William Law, an English minister and mystic.

Böhme’s principal works concern study of God, the structure of the world and humanity, and theological speculations. He saw the threefold nature of God in the triune components of alchemy, mercury, salt , and sulfur. He made a major contribution to the evolution of spiritual alchemy and the departure from emphasis on physical alchemy. He did not claim to communicate with angels, spirits, or saints or to perform miracles that were attributed to him.

His best-known work is Mysterium Magnum. To help others understand the salient points in his philosophy, he composed The Clavis, or key, a primer to his deeper works.

Carl G. Jung considered Böhme a modern Christian Gnostic. He noted that Böhme’s life cycle, which moves through seven “Forms” or “properties” of Nature, creates a Gnostic mandala holding threefold “hellish” or dark elements (attraction, expulsion, and the wheel of anguish) and “heavenly” or light elements (light or love, intelligible sound, and the all-embracing Reality) in balance with lightning sparking between them, much like the Gnostic deity Abraxas.

In Böhme’s visionary scheme, all seven Forms are found within all things, even in God’s name. The same forces operating above in the celestial world also operate below, in stones, earth, and plants. The shapes of individual beings are ruled by the angels, who represent the formed powers of God’s Word and his Thoughts. Angels help God rule the world. They are brethren to human in looks because they were created in the image of God, with hands, feet, mouth, nose; they eat paradisiacal fruit of the divine power of God’s Word.

All of life is endowed by an imprint. The kabbalah calls it Tav, the mark of the Shekinah, or divine presence in the world. Böhme calls it Signatura rerum, the seal or signature of the eternal within things.