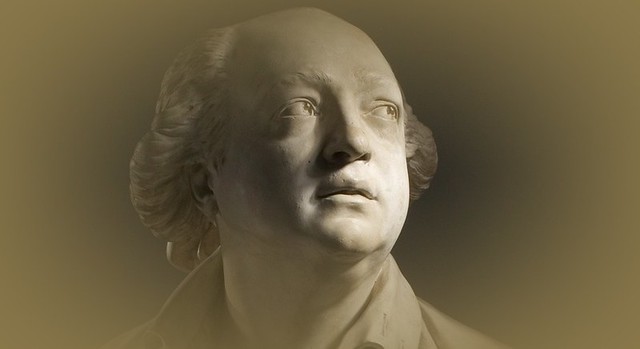 Count Alessandro Cagliostro (1743–1795) was an Italian occultist and alchemist, reputed to be one of the most celebrated magicians of his time. A friend and successor of Comte de Saint Germaine, Count Alessandro Cagliostro was a glamorous figure in the royal courts of Europe, where he practiced magic, psychic healing, alchemy, scrying, and other occult arts. He has been called both a fraud and a genuine Adept.

Cagliostro was born Guiseppe Balsamo in 1743 in Palermo, Italy, to a poor Sicilian family. Whether or not he was born with psychic talent, he learned as a child how to operate a lucrative fortune-telling business. At 23, he went to Malta, determined to make a name and fortune for himself. There he was initiated into the Order of the Knights of Malta and studied alchemy, the kabbalah, and the occult.

He changed his name to Count Alessandro Cagliostro, borrowing the surname from his godmother. Later, he joined the Freemasons in England, who had a great influence on his metaphysical beliefs. Cagliostro spent most of his adult life circulating among royalty in Europe, England, and Russia.

In Rome, he met and married Lorenza Feliciani, who became his partner in various occult ventures. According to lore, they practiced crystal gazing, healing by a laying on of hands, conjuring spirits, and predicting winning lottery numbers. They also sold magic potions, the elixir of life, and the philosopher’s stone. They held Séances, transmuted metals, practiced necromancy—Moses was among the spirits of the dead invoked—and cast out Demons, and hypnotized people. Cagliostro gained a reputation for accurate fortunetelling, which led to a new name: “The Divine Cagliostro.” He also went by the title Marquis di Pellegrini.

His rituals were colorful, dramatic, and steeped in a mix of traditions: alchemy, Masonic rites, the Egyptian Cult of the Dead, the kabbalah, Roman magic, and the Greek Eleusinian mystery cult. Perhaps because of his success, Cagliostro fell out of favour with the medical community and the Catholic Church. In 1875, he and his wife were victimized in an infamous fraud, the “Queen’s Necklace Affair.”

The two were set up by countess de Lamotte, who swindled 1.6 million francs for a diamond necklace—ostensibly for Marie Antoinette—and accused Cagliostro and his wife of stealing the necklace. Cagliostro and Lorenza were among those jailed and tried for the fraud. Cagliostro purportedly won freedom for himself and his wife by telling a fantastic story of his life. He said he had been raised in Medina, Arabia, by a man, Althotas, who taught him his occult knowledge.

He explained his wealth as coming from the Cherif of Mecca, who mysteriously set up open bank accounts for him wherever he went. He denied being a 300-year-old Rosicrucian and said that he had prophesied that the countess de Lamotte was a dangerous woman. After they were freed, Cagliostro and Lorenza went to England, where he predicted the French Revolution. But a London newspaper published an expose of Cagliostro’s true personal history, and his glittering reputation was destroyed.

Humiliated, he and his wife went to Rome where Cagliostro attempted to create an “Egyptian Freemasonry” order. The church had him arrested and imprisoned for 18 months in Castel San Angelo. Brought before the Inquisition, he was found guilty of “impiety, heresy, and crimes against the church” and was sentenced to death on April 7, 1791. Lorenza was sentenced to life imprisonment in a convent in Rome where she is believed to have died in 1794. Pope Pius VI commuted Cagliostro’s sentence to life imprisonment.

He was sent to San Leo where he spent four years in solitary confinement in a subterranean cell. Shortly after being moved to a cell above ground, he died, allegedly of apoplexy, on March 6, 1795. Rumors that he lived and miraculously escaped persisted for years in Europe, Russia, and America.

In the 19th century, a controversial Genevese medium, Helene Smith (real name Catherine Elise Muller), claimed to channel the spirit of Cagliostro while in trance. When the spirit of Cagliostro appeared, Smith’s appearance changed markedly to drooping eyelids and a double chin. The spirit used her vocal chords, speaking in a deep bass voice. Most likely, “Cagliostro” was one of Smith’s secondary personalities.

Alchemy :An Introduction to the Symbolism and the Psychology – Marie-Louise Von Franz

The Forge and the Crucible: The Origins and Structures of Alchemy – Mircea Eliade

Alchemical Manuscript by Ancient and Mystical Order of Rose Cross

The Tower of Alchemy: An Advanced Guide to the Great Work – David Goddard

The Secret Tradition in Alchemy: Its Development and Records – Arthur Edward Waite

The Jewish Alchemists: A History and Source Book – Raphael Patai

Inner Alchemy: Energy Work and the Magic of the Body – Taylor Ellwood

Smith, Helene (19th century) was a swiss medium who underwent a spirit Possession and was overtaken by the discarnate Count Cagliostro. Smith, whose real name…

Doris Fischer case One of the notable cases of spirit Possession investigated by James H. Hyslop, a psychical researcher and an early president of the…

Saint-Germain, comte de (c. 1710–1784) A mysterious gentlemen believed by many to be an Ascended Master of the Great White Brotherhood and one of the…

William Blake (1757–1827) was an English poet, engraver, artist, and printer whose works reflect his interests in Alchemy, Magic, and mysticism. William Blake created some…