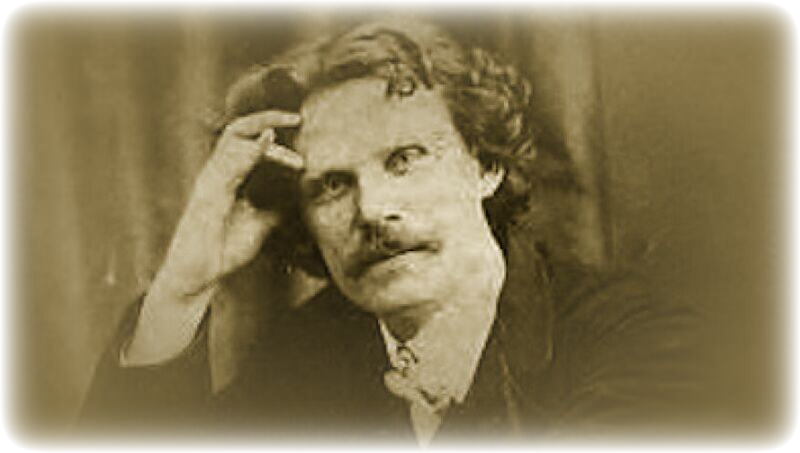 Daniel Dunglas Home, (1833–1886) was a Scottish Medium renowned for his remarkable physical feats. Daniel Dunglas Home repeatedly moved objects, stuck his head into fires without burning himself, levitated, elongated and shrank his body, and materialized spirits. He was often accused of fraud, though no one was ever able to prove it in a single instance. Home was a vain man who used his paranormal ability to circulate among the aristocracy and upper classes. He never accepted money for his performances, but lived off the largess of his wealthy patrons.

Home (pronounced Hume) was born in Edinburgh, Scotland, on March 20, 1833. His father was a carpenter. His mother was clairvoyant and claimed her family was related to the 17th-century Brahan Seer, Kenneth MacKenzie. Home’s own budding mediumistic talent allegedly manifested in infancy: his aunt reported that his cradle rocked on its own, as if moved by a spirit hand. At age four, Home predicted the death of a cousin.

When he was nine, his family moved to Connecticut. Home was sickly, with a tendency toward tuberculosis. He read the Bible a great deal and spent much time alone in the woods. At age 13, he had a vision of a boyhood friend at the moment the friend died far away.

Home was 15 when the Fox Sisters created a stir with table-rapping spirits, and Spiritualism caught fire. His own paranormal experiences increased, especially following the death of his mother in 1850. Home was living with an aunt, Mary Cook, in Norwich, Connecticut. Rappings began in her home, and Cook blamed Home for bringing the Devil into her house. She called in ministers to free him from the evil spirits, but the ministers were convinced the young man had a God-given gift. For Home, that marked the turning point in his life. His dead mother appeared to him in a vision, as she would do throughout his life, and told him not to be afraid and to do good things with his gift. Cook threw Home out.

For most of the rest of his life, Home had no home of his own, but lived as a guest in various households. He attended Séances, but felt most mediums were frauds. In the burgeoning spiritualism movement, fraud became rampant, and many of Home’s critics tried unsuccessfully to expose him. Home avoided contact with other mediums, saying he had nothing to learn from them.

He held his own Séances in rooms which were lit, which was opposite of the prevailing custom of darkened rooms. He produced spectral lights, Rappings, and ghostly hands which ended at the wrist and shook hands with those persons present. He moved tables, chairs and objects, and tipped tables without spilling the objects on the tops. He produced visions of ghostly guitars which played eerie music. He spelled out messages from the dead by pointing at letters of the alphabet written on cards. He sometimes appeared to be possessed, and played the piano or accordion himself in great frenzy. He also was seen to stretch or shrink his body, increasing his height by 11 inches to 6.5 feet while his feet were on the floor, or shrinking to 5 feet, with his shoes disappearing into his trousers. He often asked his guests to hold his hands and feet, to prove that he was not secretly manipulating any hidden devices or machinery.

Home said his feats were made possible by friendly spirits whom he could not control, but who came and went as they pleased. The most reliable was one named “Bryan.” When in trance, Home referred to himself in third person as “Dan.”

Home was 19 when he experienced involuntarily his first Levitation in the Connecticut home of a silk manufacturer. He reportedly rose about a foot off the ground, then bobbed up and down several times, going all the way to the ceiling. Later, he learned to control his Levitation; witnesses reported that he seemed to literally fly.

He entered the Theological Institute in Newburgh, New York, to study religion. In 1853, too sick to study and preoccupied with death, he experienced an out-of-body trip which lasted for 11 hours and was intended, he said, to show him what was on the Other Side.

In 1855, he travelled to England and Europe, where he began to realize his dreams of associating with the royal, rich and famous. His Séances generated much controversy in the press. His supporters included Sir Arthur Conan Doyle and Elizabeth Barrett Browning. Edward Bulwer- Lytton remained unimpressed. Foes included David Brewster, noted scientist, and Robert Browning, who so disliked Home that he wrote a 2,000-line poem about him called Mr. Sludge, “the Medium.” (See Browning Circle.)

In February 1856, Home announced that his spirits had informed him they intended to withdraw from him for a year. He went to Naples and Rome, where he had an audience with Pope Pius IX. Impulsively, he converted to Catholicism and said he would enter a monastery.

A year later, as promised, his spirit friends returned and restored his health. In France, he had an audience with Napoleon III and Empress Eugenie. The emperor had expected to find Home a fraud, but was convinced of his authenticity when Home produced the spirit of Napoleon I, who shook hands with Napoleon III and his wife.

In Rome, Home met Alexandrina, the wealthy sister-in-law of a Russian nobleman, Count Gregoire de Koucheleff. They fell in love and were married in St. Petersburg on August 1, 1858. Their son, Gregoire, was born in 1859. Alexandrina died of illness in 1862, and her estate remained tied up in Russia for years, forcing Home to depend once again on patrons.

In 1866, the Spiritual Athenaeum was founded in England with Home as secretary, and he hoped that fashionable society would support it. However, support was small and slow in coming, perhaps because founders insisted on a quasi-religious nature that required a professed belief in orthodox Christianity.

Home’s financial needs soon embroiled him in a lawsuit with a wealthy widow, Mrs. Lyon, who was 75 years old. Her husband had died seven years earlier, and had informed her prior to his death that she would only survive him by seven years. Mrs. Lyon sought out Home at the Spiritual Athenaeum to contact her husband to find out if she was soon to die. The dead man allegedly communicated through Home with raps, and relieved the widow of the prospect of imminent death. She enthusiastically sought more visits with Home. Her husband began telling her that Home was to be their new son, and was to be given independent means with an allowance of 700 pounds. By January 1867, all on the alleged instructions of the dead Mr. Lyon, Home had taken the Lyon family name, had received 60,000 pounds in cash and securities, and had been made beneficiary in Mrs. Lyon’s will.

On June 10, 1867, Mrs. Lyon made affectionate advances to Home, who “repulsed her,” she claimed later. The next day, she asked for her money back from him and would not relent. Home attempted to appease her by offering to give back all but 30,000 pounds. Mrs. Lyon had him arrested and filed suit against him.

The trial was a tawdry affair, with Mrs. Lyon appearing deranged during her testimony. There were intimations that she and Home had been more than “affectionate.” Home’s supporters, embarrassed, deserted him, and critics had a field day. Despite the poor performance of Mrs. Lyon, the court found in her favour, and Home was forced to return the 60,000 pounds. The court denounced Spiritualism as “mischievous nonsense, well calculated on the one hand to delude the vain, the weak, the foolish and the superstitious. . . .” Home did not appeal.

Home’s low point of scandal was followed by some of his most remarkable alleged feats, including a Levitation in 1868 in the London home of Lord Adare, where he had never before visited. Home went into a trance and reportedly floated out a window on the third floor, then floated back in another window. However, sceptics contend the feat may have been hallucination on the part of the witnesses, and point to inconsistencies in descriptions of the Daniel Dunglas Home. event written by Lord Adare.

In 1868 Home also performed remarkable feats with fire and hot coals. He could carry red-hot coals without being burned, and had the ability to enable others to do the same. He stuck the top of his head directly into flames in a fireplace, yet his hair was not even singed.

To earn money, Home toured England and Scotland reading poetry. He worked briefly as a war correspondent in the Franco-Prussian war of 1870. Later, back in Russia, he met Julie de Gloumeline, a wealthy woman who married him in 1871.

That same year, Home began a series of tests in London with Sir William Crookes, a scientist intensely interested in spiritualism. To determine if Home somehow manipulated electromagnetic energy, Crookes wrapped an accordion with copper wire and placed it inside a wire cage. He ran an electric current through the wire, which he believed would block any electromagnetic force from Home. Home still was able to make the accordion play without touching it. Crookes concluded that Home possessed an independent psychic force; his findings brought severe criticism from fellow scientists.

When he was finished with Crookes in 1873, Home announced his retirement as a medium. Restless and suffering from bad health, he travelled about with his wife and his son from his first marriage. Julie bore a baby girl, who died in infancy. Home died of tuberculosis on June 21, 1886 in Auteuil, France and was buried at St. Germain-en- Laye. Julie returned to Russia with Home’s son. She wrote two books about her husband, D.D. Home: His Life and Mission (1888) and The Gift of D.D. Home (1890).

Explanations abounded of how Home allegedly accomplished his paranormal feats through trickery, though none was ever proved. The most prominent stage magicians of America and England, Harry Houdini, John Nevil Maskelyne, and John Mulholland, all claimed they could duplicate Home’s feats on the stage. They never did. Houdini promised that he could levitate out a window, as Home did at Lord Adare’s home. Shortly before it was to be done, the feat was cancelled by Houdini, who said his assistant was ill. Houdini said he would reschedule it the next time he was in London, but he never did.