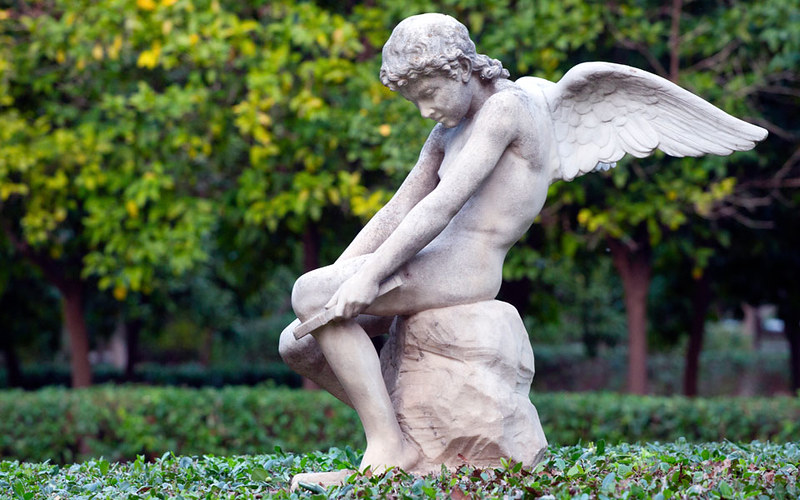 That’s one version of his origins, but there are many:

• He may be the child of Nyx and the Wind, hatched from a silver egg, known as the firstborn of the gods.

• He may be the son of Aphrodite and either Hephaestus or Ares.

A radiantly beautiful androgynous young man who may have wings

He had a shrine in the ancient Greek city of Thespiae, near Mount Helicon.

The Erotes are winged spirits of love, servants and messenger of Eros (who is sometimes classified among the Erotes). They accompany humans during life. After…

Nyx, Goddess of Night, is the primordial Creatrix. In the beginning, according to one Greek myth, there was Chaos—the Void who brought forth Nyx, her…

Muses ORIGIN: Greece Their mother is Mnemosyne, Goddess of Memory. Their father is Zeus, chief of the Greek gods. The Muses are nine-tuplets, born from…