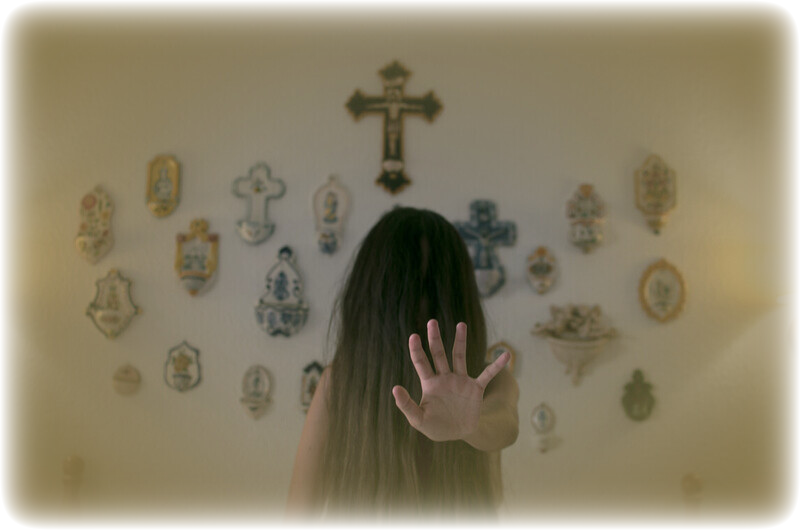 Exorcism is the expulsion of Ghosts, spirits, Demons or other entities possessing or disturbing a human being or a place that humans frequent. Depending on the severity of the Possession and how evil the spirit seems, exorcisms can range from persuasive conversations to elaborate rituals commanding the entity to leave in the name of God or a god. The word “exorcism” comes from the Greek exousia, meaning “oath,” and translates as adjuro, or “adjure,” in Latin and English. To “exorcise” does not mean to cast out so much as it means “putting the spirit or Demon on oath,” or invoking a higher authority to compel the entity to act in a way contrary to its wishes. Such compulsion also implies binding. The Anglican pamphlet “Exorcism” (1972) states that exorcism binds evil powers by the triumph of Christ and through the application of His power in and by His Church. Christian exorcism rituals, especially in the Roman Catholic Church, begin with the following words, in Latin:

“I adjure thee, most evil spirit, by almighty God.”

“God of heaven and earth, invest me with the heavy seal, in order that I may eject from this dwelling-house all kinds of evil spirits. Should any disobey me, give me the power to deliver them for safe custody to the rulers of such Demons.”

Addressing the ghost, the priest adds, “As quick as lightning depart from this house.” He lays down the sword, picks up a bunch of willow, dips the willow in the cup and sprinkles the ash-water in the corners of the house according to the cardinal points. He picks up the sword again, and, with the cup, goes to the eastern corner and says,

He drinks from the cup and spits on the wall, saying,

“Kill the green evil spirits which come from unlucky stars, or let them be driven away.”

This ritual is repeated at the other three corners, with the colors red, white and yellow substituted in place of green. The priest’s attendants beat gongs and drums. The priest says,

The priest goes to the entrance of the house, makes mystical signs in the air with his hands and sword, and proclaims the house free of ghosts.