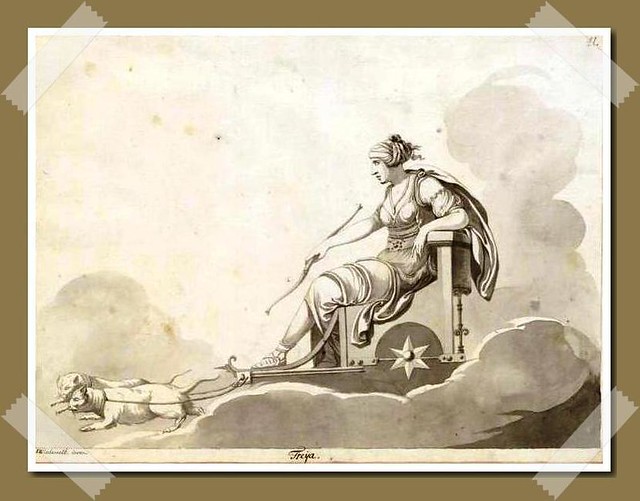 Freya : She Who Shines over the Sea

Freya, most beautiful of the Norse spirits, has dominion over love, sex, fertility, magic, witchcraft, warcraft, death, pleasure, and glory. Freya literally means “Lady” and may be a title, not a name. (Her twin brother is Freyr, or “Lord.”) She is simultaneously a spirit of fertility and death, beauty and war.

Freya, daughter of Njord and Herta (Nerthus), Sea and Earth, is among the Vanir hostages who joined the Aesir to maintain spiritualpeace. Freya, however, quickly became a dominant force in her new realm. When she first arrived in Asgard, she taught the Aesir how to craft charms and potions. She inducted Odin into the world of magic.

Freya is invoked for love, romance, and fertility, but she is a death goddess, too. Under the name Valfreya, she leads the Valkyries to the battlefield where she lays claim to half the dead who are brought to dwell in her beautiful palace, Folkvang, where love songs play continuously.

Freya was no obscure goddess but beloved and worshipped over a vast European territory including Scandinavia, Iceland, Greenland, the Germanic lands, Holland, and Anglo-Saxon Britain. She remains among the most beloved and widely venerated Pagan goddesses today. No spirit annoyed Christian authorities more than Freya. Ironically, the result was that Freya survives more vividly than virtually any other female European spirit. Constant condemnation kept Freya from fading into obscurity.

Freya was denounced as a Queen of Witches. Women who venerated her were automatically branded “witches.” And, of course, Freya’s rites and traditions did encourage magical practice, mediumship, shamanism, and female autonomy with Freya herself as the role model, behavior the new regime considered abhorrent and sinful.

• Freya knows the power of the runes. They can be used to communicate with her.

Usually as a golden, beautiful, charismatic woman, but she is a shape-shifter and can take any form.

13 (the number of months in a lunar year)

Any Friday the 13th

The runes with which Freya is associated include Berkano and Ehwaz

Honey; mead; flowers; sing love songs for her or compose poetry; Freya will accept humble offerings, but she has fine taste and will gladly accept lavish offerings of jewelry and perfume. Freya’s devotees held dinners in her honor, offering her ale, apples, barley, and pork. It is traditional to feed stray or feral cats as an offering to Freya. Adopting some cats may get you into good graces, too, provided that you treat them well.

Freyja (Frea, Frija, Freya, Foige) (the lady) In Norse mythology, the only named Vanir goddess; goddess of youth, beauty, and sexual love; sister of the god Frey; married to Odur. Friday was sacred to the goddess and named after her. In northern mythology Freyja and Frigga are often confused for the same deity. Freyja, in some accounts, was married to Odur, and their daughter was called Hnossa. But Odur left Freyja in order to travel around the world. Since that time Freyja continually weeps, and her tears are drops of gold.

Freyja, according to the Prose Edda, rides into battlefields asserting “her right to one-half of the slain, the other half belonging to Odin.” Her most famous possession is her necklace, Brising (necklace of the dwarfs?), given her by the dwarfs. One day while Freyja was in the underground kingdom of the dwarfs, she saw them fashion a necklace. She asked the dwarfs to give it to her. They refused at first, but eventually gave it to the goddess on condition she have sexual intercourse with them. Brising was later worn by the god Thor when he impersonated the goddess in order to trick the giants.

The necklace was once stolen by the evil god Loki but recovered by Heimdall. Freyja, according to the Prose Edda, lends a very favorable ear to those who sue to her for assistance: “She is very fond of love ditties, and all lovers would do well to invoke her.” Often in the myths Freyja is accused of having sexual intercourse with many men and gods. The goddess is called a “she goat” that leaps after goats. The giantess Hyndla taunts the goddess by saying that “many have stolen under thy girdle.”

Freyja’s home is in Folkvang (field of folks), in which her hall, Sessrumnir (love, which supports the idea of the Vanir as a fertility cult), is located. Each day she leaves her mansion in a chariot drawn by two cats. Freyja is also called Mardoll (shining over the sea), Horn, Gefn, Syr, and Vanadjs.

Back to Norse Mythology

Back to European Mythology