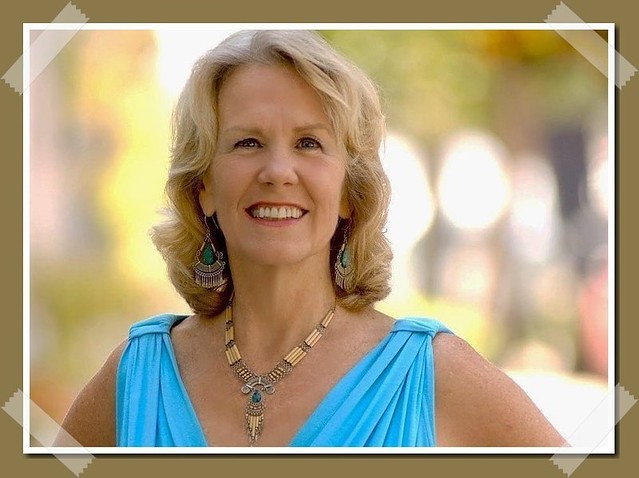 AnodeaJudith (1952– ) American witch, author, artist, songwriter and healer, renowned for her therapeutic work with the chakra system. She is a past president of the Church of All Worlds, founder of Lifeways, a school for the study of healing and magickal arts, and a founding member of Forever Forests (see Gwydion Pendderwen).

Anodea Judith was born Judith Ann mull on December 1, 1952, in Elyria, Ohio, the youngest of three children and the only daughter (one of her brothers is comedian martin mull). From an early age, she was close to nature — her grandmother had a farm, where she spent much time communing with the animals and collecting rocks and insects. The seeds for her interest in Paganism and Witchcraft were planted during her early teen years when she read about Greek mythology, which reconstructed her images of God. The strongest religious indoctrination Judith received from her family was Christian Science, which holds that illness is an error in thinking, and may be cured by a wholeness of mind, body and spirit. She learned the healing and beneficial results of positive thinking and mind over matter. Mary Baker Eddy, the founder of Christian Science, could be viewed as a displaced Witch, she says. In high school, Judith was known as a healer. Christianity, however, had no appeal to her, and she looked for another system in which to apply Christian Science principles.

In 1971, Judith enrolled at Clark University, to study psychology and become a therapist, but decided to pursue art instead. In 1973, she moved to California, where she studied at the California College of Arts and Crafts in Oakland and at John F. Kennedy University. For a number of years, she painted environmental murals, which led her to her first discoveries of magic and a connection to primal, racial memories.

In 1975, she underwent a spiritual transformation: she gave up smoking and meat, became bisexual, practiced yoga daily, and did numerous fastings and purifications. Her work became more creative. One day while meditating in a lotus position in her artist’s attic in Berkeley, Judith went out-of-body. She saw herself meditating, but looking older than she was. She saw a book fall into her lap, which jarred her back into her body. Its title was The Chakra System by A. Judith Mull, the name she was still using at the time. The experience initiated a decade-long study of chakras, acupressure, bioenergetics, gestalt, shamanism, radical psychiatry, ritual magic, healing and psychic reading. The result was the publication of her comprehensive book, Wheels of Life: A User’s Guide to the Chakra System (1987).

During this formative period, Judith spent a great deal of time in nature, through which she received direct teachings from Goddess. Her given name no longer seemed to fit; she changed it to Anodea (“one of the Goddess”) Judith. She met Oberon and MorningGlory Zell, founders of the Church of All Worlds (CAW), and established a long-term friendship that led to Judith’s serving as CAW president for seven years (1986–93) and high priestess for 10 years. In addition, she implemented many of its programs, including RING (requirements Involving Network Growth), the basic training program in CAW, and the CAW guild system, an organizational database for Pagan talents.

In Berkeley, she worked with Isaac Bonewits on Pentalpha, a Druidic journal (now defunct), and became friends with fantasy and science fiction author Marion Zimmer Bradley, who is goddess mother to her son. She joined Bradley’s Aquarian Order of the restoration and the Dark moon Circle, of which Bradley was a founder.

Judith had a brief marriage and bore a son, Alex, in 1982. The marriage dissolved in 1984. Judith and Alex moved to Annwfn, Pendderwen’s land in Mendocino County. Pendderwen, who had died in 1982, had named Judith one of five stewards of the land, now owned by the Church of All Worlds. She remained at Annwfn for about 18 months, during which she had profound magical experiences with Goddess. She founded Lifeways in 1983. It was a subsidiary and the teaching arm of CAW.

In 1988 Judith married Richard Ely, a Pagan, Witch and geologist, who has three children from a previous marriage. They live in Sonoma County.

Judith received a master’s degree in clinical psychology from the Rosebridge Graduate School of Integrative Therapy in 1989 and a Ph.D. in health and human services from Columbia Pacific University in 1999.

The success of Wheels of Life established Judith as a leading teacher on chakras and healing, and she began extensive traveling to present workshops and lectures, especially to non-Pagan audiences. She is a reiki master and a certified yoga therapist. She wrote The Sevenfold Journey: Reclaiming Mind, Body and Spirit through the Chakras with Selene Vega (1993) and Eastern Body, Western Mind: Psychology and the Chakra System as a Path to the Self (1996); Contact: The Yoga of Relationship (2006); Waking the Global Heart: Humanity’s Rite of Passage from the Love of Power to the Power of Love (2006); and the booklets The Truth About Chakras (2002) and The Truth About NeoPaganism (2002).

Judith defines a witch as a person who takes active control of his or her own life and destiny and who serves Goddess. The religion of the future needs to have a concept of Goddess and an understanding of archetypal thinking, as well as an ecological system. Paganism, a religion of the past, is not necessarily the religion of the future, but part of a broader syncretism of various religions that will address mind, body and soul together. magic, the direction of energy through a sensible system that seeks balance of all things, can assist this syncretic evolution.

As portals between the physical and spiritual planes, the chakras offer unparalleled opportunities for growth, healing, and transformation. Anodea Judith’s classic introduction to the chakra…

Discusses the importance of folklore and mythology in Japanese culture and introduces famous Japanese legends and the gods and goddesses featured in them. Read Online…

Biblical studies is a highly technical and diverse field. This authoritative and state-of-the-art survey of original research will therefore be invaluable to scholars and students…

Gwydion Pendderwen (1946–1982) was a Celtic bard whose legacy to the contemporary Pagan movement includes a collection of moving writings, rituals, music, songs and poetry;…

Zell-Ravenheart, Oberon (1942– ) American Pagan, visionary and author and the key founder of the Church oF All Worlds. Oberon Zell-ravenheart (formerly Tim Zell, Otter…