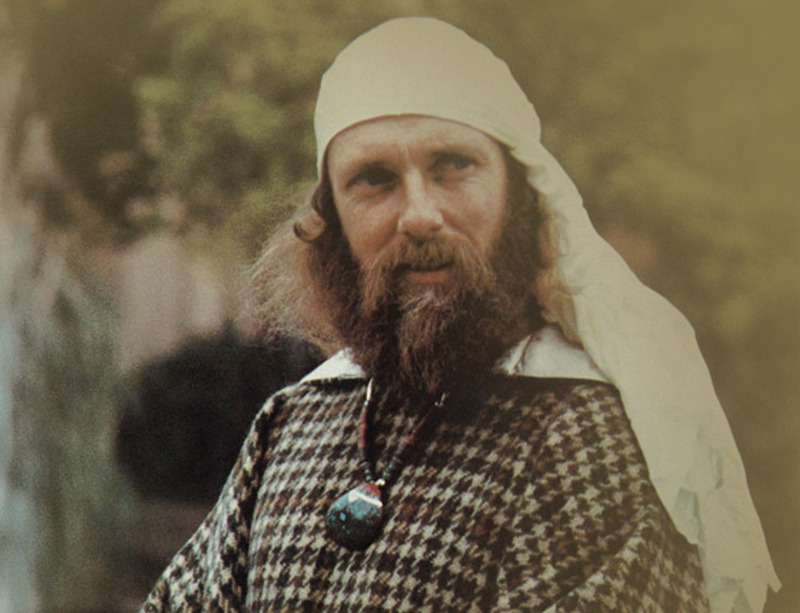 Gwydion Pendderwen (1946–1982) was a Celtic bard whose legacy to the contemporary Pagan movement includes a collection of moving writings, rituals, music, songs and poetry; the Faery (Feri) Tradition, which he confounded; and two organizations: Nemeton, originally a networking group and Forever Forests, dedicated to reforestation work. Pendderwen devoted much of his life to a spiritual search and artistic expression. He was witty, eloquent and highly respected but also given to outbursts of temper that made some of his personal relationships difficult. He spent some of his later years in a spartan, solitary life in Mendocino County, California, on a homestead called Annwfn, now a Pagan retreat; prior to his death, he was active in the Pagan antinuclear movement (see Paganism).

Pendderwen was born in Berkeley, California, on May 21, 1946. He was 13 when he met Victor Anderson, a witch, seer and poet with whom he co-founded the Faery Tradition of Witchcraft. He studied with Anderson until he was in his early twenties, learning about the Craft, Celtic folklore and other systems, such as the Huna tradition of Hawaii and Haitian and West African Vodun. He was particularly influenced by Robert Graves’ theories of Goddess as muse and poet as sacred king. Pendderwen and Anderson developed and wrote much of the liturgical material for their tradition.

Pendderwen’s magical practices were based on trance, poetry and communication with Nature Spirits and Fairies. He often retired early and spent much of the night in solitude in trance.

He attended California State University at Hayward, where he majored in theater and earned a bachelor of arts degree. He enrolled in the master of fine arts program but apparently did not complete it. He disliked modern theater, preferring dromenon, drama in its original form as religious or mystical ritual. He learned Welsh, which led to a long correspondence with a friend in Wales, who interested him in Celtic nationalism. He was active in historically oriented groups, including the Society for Creative Anachronism (SCA), serving as Court Bard for the society’s kingdom of the West.

With Alison Harlow, an initiate of the Faery Tradition and a fellow member of the SCA, Pendderwen founded Nemeton in 1970 in Oakland. Nemeton, which means “sacred grove” in Welsh, originally served as a Pagan networking organization. In 1974 Nemeton published three issues of Nemeton magazine, then folded. regional secretariats of the Nemeton organization spread across the United States, playing a key role in early Wiccan and Pagan networking and growth there. In 1978 Nemeton merged with the Church of All Worlds and became the church’s publishing arm.

In 1972 Pendderwen’s first recording, Songs of the Old Religion—songs for each Sabbat, the seasons and love songs to Goddess—brought him fame within the Pagan community. He was married briefly, then divorced.

He earned his living working for the Internal revenue Service and the Department of Health, Education and Welfare but did not enjoy the restrictions of federal bureaucracy. On a vacation to the British Isles, Pendderwen reached a turning point in his life. He met his Welsh correspondent, Deri ap Arthur, and others active in the Wiccan movement, including Alex Sanders and Stewart Farrar. It is likely that Sanders or other members of the Alexandrian tradition shared an Alexandrian Book of Shadows with Pendderwen, for he and Anderson later incorporated Alexandrian material into the Faery Tradition.

At the Eistedffodd in Wales—a regular gathering of bards for artistic competition in Welsh music, poetry and drama—he was profoundly moved by being honored onstage as a foreigner of Welsh descent. In Ireland he experienced a terrifying vision of the Morrigan, one of the forms taken by the ancient Irish war goddess, Badb, upon Tara Hill; it made him identify more strongly with the archetypal sacred king.

Pendderwen quit his job upon his return to the United States and began homesteading at Annwfn in Mendocino County. He lived in a cabin with no electricity and only a cat for company. He learned carpentry and gardened, and pursued his artistic work. He identified with a new archetype, the Green Man, and started to hold tree plantings every winter on his own and nearby land. The outgrowth was Forever Forests, formed in 1977 to sponsor annual tree plantings and encourage ecological consciousness as a magical process in harmony with mother Earth.

He emerged from seclusion in 1980 to appear in concert and ritual at the first Pagan Spirit Gathering. He spent the last two years of his life active in public, sponsoring and organizing Pagan gatherings and tree plantings, and participating in antinuclear Demonstrations. He was arrested for civil disobedience, along with members of reclaiming (see Starhawk), at a Demonstration at Lawrence Livermore Laboratory in California in 1982.

Pendderwen tried to establish an extended family on Annwfn, but personal differences with friends and a constant shortage of money impeded him. In the fall of 1982 he was killed in an automobile accident.

Pendderwen’s published works, all through Nemeton, include: Wheel of the Year (1979), a songbook of music and poems produced with the help of P. E. I. (Isaac) Bonewits, Craig Millen and Andraste; The Rites of Summer (1980), two musical fantasies performed at the 1979 Summer Solstice gathering at Coeden Brith, a 200-acre piece of wilderness owned by Nemeton and adjacent to Annwfn; and The Faerie Shaman (1981), songs of trees, country life, British Isles history and Pendderwen’s love for Wales.

Much of his poetry, rituals and liturgical material remains unpublished.

In 1978 Forever Forests merged with the Church of All Worlds (CAW). CAW took over the magical and ritual work in 1987, leaving the activities of Forever Forests limited to tree plantings and environmental and reforestation projects.

Church of All Worlds One of the first and most influential contemporary Pagan churches. The key founder was Oberon Zell-Ravenheart (formerly Tim Zell, Otter G’Zell,…

Circle Sanctuary One of the most active and well- established interfaith Pagan centres. Circle Sanctuary, a Wiccan church, is located on a 200-acre nature preserve…