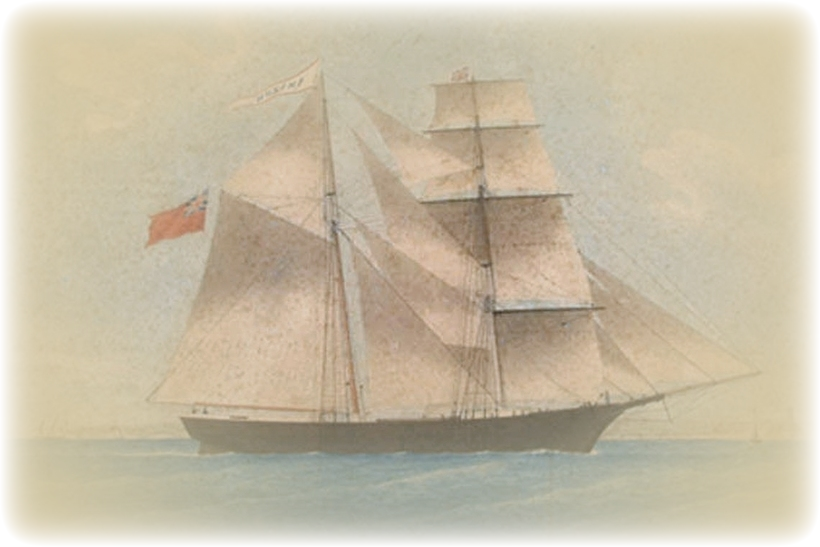 The Mary Celeste incident is one of the most famous cases of mysterious disappearance. On December 4, 1872, a ship called the Dei Gratia came across another ship, a brigantine named the Mary Celeste, in the Atlantic Ocean east of the Azores. The two ships’ captains were already familiar with each other’s planned routes, both having left New York a month earlier. Consequently, the crew of the Dei Gratia was shocked to see that the Mary Celeste was deserted, its sails ripped and hanging, its bow scarred with 6-foot-long (1.8m) gashes, and its lifeboat missing. Aboard the Mary Celeste, there were signs that the captain and his wife, their infant daughter, and the crew of seven had left in a hurry, and some of the equipment was damaged. Yet what might have caused everyone to abandon ship in such haste was a mystery. One possible explanation was an attack by pirates. However, the ship’s seventeen hundred barrels of alcohol, a valuable commodity that pirates would have been unlikely to leave behind, was still on board.

No one known to have been on the Mary Celeste was ever found, nor was its lifeboat. At the time, most people suspected that the ship had been the victim of some ordinary sea disaster. One theory, for example, is that the captain ordered everyone into the lifeboat after striking some rocks, fearing that his ship was about to sink, but that the lifeboat and all ten of its passengers were subsequently lost at sea. During the 1970s, however, some people reexamining the incident suggested that the Mary Celeste had encountered a region similar to the Bermuda Triangle, a place known for mysterious disappearances, and that for some unknown reason the people but not the vessel vanished, leaving the ship to drift toward the location where it was eventually found. (A few have said that the ship disappeared in the Bermuda Triangle itself, despite the fact that this region is hundreds of miles to the east of where the Mary Celeste was found.)

Still others say that the Mary Celeste’s passengers suffered this fate after they left in the lifeboat. Another suggestion by believers in the paranormal is that once the vessel was in this region, perhaps a time warp or some other phenomenon teleported the ship’s passengers to another time or dimension.