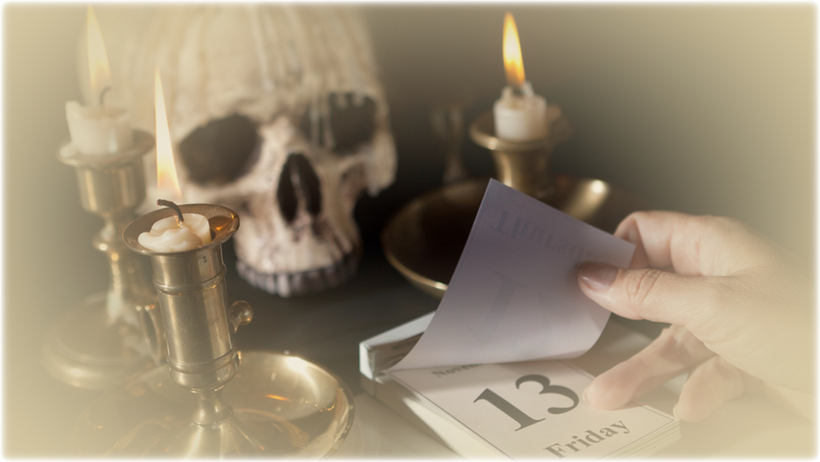 The number thirteen is in superstition, the number of bad luck and evil power. According to lore, witches’ Covens always number 13 members, although there has never been sufficient evidence in history to substantiate it. That myth was given fuel by British anthropologist Margaret A. Murray, who stated in her book The Witch-cult of West
ern Europe (1921) that wItches in the middle East formed in groups of 12 plus 1 leader. In support of her theory, she cited trial records that mentioned 18 covens with 13 members between 1567 and 1673: five in England, nine in Scotland and one each in France, Germany, Ireland and America. The data were discredited by other scholars, who said the number 13 had been obtained by torture or arrived at by error. In some cases, it was the number of witches arrested; far more than 13 were then implicated in the trials. Some accused witches claimed to have 13 members in their covens, such as Isobel gowdIe, tried in Scotland in 1662, and Ann Armstrong, of Newcastle-on-Tyne, England, tried in 1673. Some modern covens may have 13 members, but most range in size from four to 20 members. Covens usually conduct their meetings at the full moon, which occurs 13 times a year.

Thirteen has been considered an unlucky number since ancient times. It is an unstable number, being just one beyond the number 12, which is the divine number of grace and perfection: there are 12 signs in the Zodiac, 12 hours in the day and 12 tribes of Ancient Israel. In Christianity, 13 is a parody of the last Supper, at which Christ and his apostles totaled 13 (Judas the betrayer was the first to rise from the table.) It is still considered unlucky to have 13 people at dinner.

So unlucky is 13 that it is omitted from addresses and floors of buildings. In the case of the latter, people may live or work on the 13th floor but feel better because it is called the 14th floor. The fear of the number 13 is called triskaidekaphobia. It is not uncommon for superstitious people to cancel trips on the 13th day of the month.

Friday the 13th packs a double wallop of bad luck, since Friday, the day Christ was crucified, is an unlucky day to enter into contracts, start new ventures or get married. In 1969 a 13-year-old Eton schoolboy, S. r. Baxter, proved mathematically that the 13th day of the month was more likely to fall on Friday than any other day. There is at least one Friday the 13th every year; the most that can occur is 3, as happened in 1987.

In the 19th century, the Thirteen Club was formed by 13 men in New York City to flout the bad-luck lore of the number. Appropriately, the charter dinner meeting took place on Friday the 13th, January 1882, in room 13 of knickerbocker Cottage, from 13 minutes past eight until the 13th hour (1 A.m.). The members decided to dine on the 13th of every month. Lifetime membership in the club cost $13; the initiation fee was $1.13, and monthly dues were 13 cents. At the meetings, the members thumbed their noses at other superstitions, such as spilling sAlt and breaking mIrrors. The club was so successful that a sister club was formed in London.

In the major Arcana of the Tarot deck, the 13th key, or card, is Death. If the card appears rightside-up, it signifies transformation. Upside-down, it signifies disaster, upheaval, inertia and anarchy.

Despite its bad-luck associations in superstition, the number 13 is regarded much more positively in esoteric traditions. It is the number of mystical manifestation. The teachings of Jesus are centered on the formula of 1+12 (Jesus plus his 12 disciples). One added to 12 creates the unlimited number of 13, according to Pythagoras. It is through this formula that such miracles as the multiplication of the loaves and fishes take place. Thirteen is the all-or-nothing cosmic law of destiny: death through failure and degeneration, or rebirth through regeneration. It is also the number of the Great Goddess, represented by 13 lunar cycles to a year. In the kabbalistic system of gematria, in which numerical values are assigned to letters, 13 is equated with “love of unity,” because the Hebrew letters for “love” and “unity” both total 13.

Contemporary Witches consider thirteen to be a lucky number. 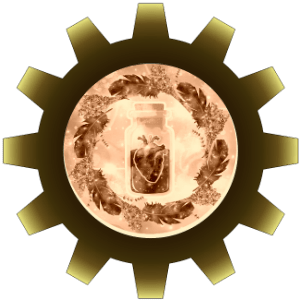 A coven is the formal organization and working unit of witches and Wiccans. The origin of the word coven is not clear. Most likely, it…

Order of the Garter The highest order of knights in Great Britain, founded by king Edward III in 1350, it was linked to the witch…

A solitary is a contemporary Pagan or Witch who practices a tradition and worships alone rather than as a member of a Coven or group.…