Leading the reader through the darkened séance rooms and laboratories of Imperial and inter-war Germany, The Stepchildren of Science casts light on the emergence of psychical research and parapsychology in the German context. It looks, in particular, at the role of the psychiatrist Albert von Schrenck-Notzing – a figure who fashioned himself as both propagandist and Grand Seignior of German parapsychology – in shaping these nascent disciplines.

In contrast to other recent studies in which occultism is seen as a means of dealing with or creating “the modern”, this book considers the epistemological, cultural and social issues that arose from psychical researchers’ and parapsychologists’ claims to scientific legitimacy.

Focusing on the boundary disputes between these researchers and the spiritualists, occultists, psychologists and scientists with whom they competed for authority over the paranormal, The Stepchildren of Science demonstrates that in the German context both proponents and opponents alike understood psychical research and parapsychology as border sciences. 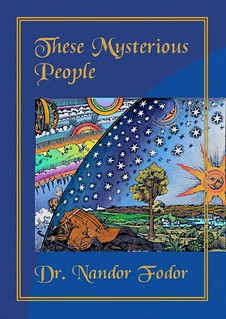