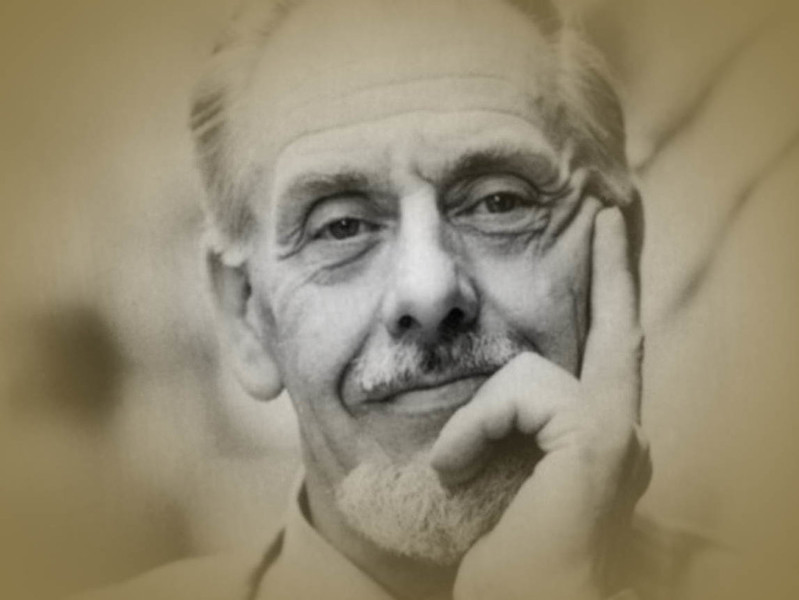 Peter Underwood was born on May 16, 1923, in Letchworth Garden City, Hertfordshire, to a deeply religious family; his father was an elder in the Plymouth Brethren. The first of his many encounters with the paranormal took place at age nine, when Underwood saw an Apparition of his father hours after his father’s death. He awoke to see the ghost standing at the foot of the bed. He awakened his mother, who acknowledged the next morning that she also had seen the ghost, but she always refused to talk about it.

From an early age, Underwood was fascinated by stories about ghosts and Hauntings. His grandparents lived in a haunted house in Hertfordshire. Underwood would take visitors to the haunted room and tell them the story about the ghost there. Many visitors commented that they, too, had ghosts in their homes, sparking Underwood’s interest in researching hauntings. He pursued occasional investigations on his own and with friends. These investigations increased in frequency over the years, establishing Underwood as an objective authority on the subject.

Following a private education, Underwood began office work at the printing and binding works of J. M. Dent and Sons publishers. After three years, he joined the firm’s publishing office. In 1942, he was called to join the Suffolk Regiment (Infantry), but was later discharged due to health reasons (he had a weak chest). In 1944, he married Joyce Elizabeth Davey. They had two children: Chris (b. 1946), a bank manager, and Pamela (b. 1949), the wife of a publisher.

Underwood’s interest in hauntings led him to join the Society for Psychical Research (SPR) in 1947, as well as other Scientifically oriented organizations. He was primarily interested in spontaneous phenomena, but became interested in all aspects of psychic activity, including the induced phenomena of Mediumship after witnessing flying trumpets ( see : Trumpets in Mediumship ) and other apparently supernormal phenomena at a Séance at the College of Psychic Studies. He participated in the first “official” SPR investigation of a haunted house in Buckinghamshire. The investigation was featured in television news and cemented Underwood’s interest in the paranormal.

In 1947, he paid his first visit to Borley Rectory, called “the most haunted house in England,” where he encountered nothing paranormal, but did hear distinct footsteps in the direction of the Nun’s Walk, said to be haunted by the ghost of a nun.

The same year, Harry Price, who made the Borley Rectory case famous, invited Underwood to join the London-based Ghost Club. Underwood’s interest in Borley and his association with Price led to an in-depth investigation of the case that stretched over many years. He interviewed nearly every person involved in the haunting and co-authored a book with investigator Paul Tabori, The Ghosts of Borley (1973).

After Price’s death in 1948, Underwood was named literary executor of the Harry Price estate. The Borley Bell, which hung in the rectory courtyard and which was reported to ring of its own accord, was given by the Price estate to Underwood in 1973. He placed the bell at his cottage door. It has not rung by itself.

In 1960, Underwood became president of the Ghost Club. He joined the prestigious Savage Club in 1966 and was made a Fellow of the Royal Society of Arts in 1987.

In 1971, he left Dent’s and turned to writing, lecturing, and media projects on the paranormal. By this time, he had become known in the media as “Britain’s Number One Ghost Hunter” and had had first-hand experience not only of hauntings, but also of experimental Séances and experiments into precognition, Clairvoyance, hypnotism, and ESP. In 1993, Underwood left the Ghost Club as a result of internal dissension and formed the Ghost Club Society. He became life president and chief investigator.

Underwood has investigated hundreds of reported hauntings, among them the famous Queen House Ghost of Greenwich, which produced one of the best alleged genuine photographs of a ghost. Also, over a 12-year-period, he investigated the hauntings of the church and manor house at Langenhoe, Essex.

Joyce died in 2003 after suffering from Parkinson’s disease for 14 years. Underwood’s companion is Marlena Sypniewska, a native of Poland. Underwood donated some of his personal and professional effects from ghost investigations to Troy Taylor. The objects are on display at the History and Hauntings bookstore in Alton, Illinois.

Views on Ghosts and Hauntings

As a psychical researcher, Underwood has sought to represent the middle ground between skepticism and uncritical belief. He finds that the overwhelming majority of hauntings have natural explanations. However, he believes that there are different types of ghosts and that some people do see them. He defines some of the major types of ghosts as:

• Elemental, or primitive or racial-memory manifestations, which occur primarily in rural areas and are attached to particular sites. Elemental ghosts are rare, but when they do appear they often are terrifying and malevolent; encounters with them are frightening. They have symbolic or magical attributes. Exorcisms do not always work.

• Poltergeists or psycho-activated phenomena, such as Deathbed Visions and crisis apparitions, are perhaps triggered by the intense emotions and trauma surrounding death and dying.

• Traditional or historical ghosts, which are associated with old and historic houses. These ghosts typically glide about in period clothing, following floorplans that existed in earlier times. They do not speak and seem to be oblivious to the presence of the living. Those that are identified usually suffered during their life on Earth.

• Mental imprint manifestations and atmospheric “photograph” ghosts, which seem to be a kind of psychic energy imprinted on the atmosphere of a place and which can be accessed by certain psychically sensitive individuals. The imprint seems to be a recording of the past that never alters. These ghosts usually must be seen from certain angles and at certain times, otherwise they disappear. Visual apparitions may be accompanied by apparitional sounds. Imprint ghosts usually gradually disappear over time, although Underwood hypothesizes that repeated sighting by the living can revive the psychic energy that keeps them going.

• Time distortion and cyclic ghosts, which are replays of events from the past. Underwood calls them “a kind of hiccup in time” and cites the Versailles Ghosts as a possible example. When these scenes replay periodically, they become cyclical or recurring ghosts (see Hampton Court).

• Ghosts of the living, which may be projections of a Double as in cases of Bilocation. These may be products of telepathy and Clairvoyance or perhaps nothing more than errors in judgment. Interestingly, Underwood himself may have been the subject of projection in the 1950s, which he describes in his autobiography, No Common Task (1983). He was in the habit of stopping at a coffee house in Goodwin’s Court in London in the morning. The proprietor would bring him a cup of black coffee after he sat down. One morning Underwood went there with poet/author James Turner. The proprietor told Underwood that he had already come to the shop about a half-hour earlier, alone and wearing a different suit. “Underwood” had smiled and nodded at the proprietor, but when the man came out with the coffee, “Underwood” was gone.

This Article has been revised to reflect the following correction:

The Langenhoe Church is a haunted church and manor house near Colchester, Essex, England. Peter Underwood investigated the Haunting activity over a 12-year period and…