angel A supernatural being who mediates between God and mortals. Angels are held to minister over all living things and the natural world, as well as all things in the cosmos.

The term “angel” comes from the Greek angelos, which means “messenger.” Similarly, the Persian term angaros means “courier.” In Hebrew, the term is malakh, which also means “messenger.” The name refers to one of the angel’s primary duties: to shuttle back and forth between realms, bringing human prayers to heaven and returning with God’s answers. Angels also mete out the will of God, whether it be to aid or to punish humans. Angels are specifi c to Judaism, Christianity and Islam; however, they derive from concepts of helping and tutelary spirits that exist in mythologies the world over.

The Western concept of the angel evolved primarily from the mythologies of Babylonia and Persia, with influences from Sumerian, Egyptian and Greek beings. These ideas were absorbed by the Hebrews, who in turn influenced the Christians. Both Hebrew and Christian lore influenced the Muslims. The ancient Greeks had a comparable concept, the Daimon. There is no exact equivalent for angels in Eastern mythologies; the closest concepts are the avatars (incarnations of God) in Hinduism and the bodhisattvas (enlightened beings) and devas (shining ones) of Buddhism. Beings with many of the same characteristics ascribed to angels, such as playing an intermediary role between humankind and the gods, protecting a person or site, or providing counsel, exist universally throughout An Inuit drawing of a ghost spirit. world mythologies.

The Bible presents angels as representatives of God. They exist in a celestial realm. They are incorporeal but have the ability to assume form and pass as mortals. They also appear as beings of fire, lightning and brilliant light, sometimes with wings and sometimes without. Various classes of angels are mentioned in the Bible; by the sixth century these were organized into hierarchies called choirs.

The angel Lucifer committed the sin of hubris and was cast out of heaven. About one-third of the heavenly host followed him. The fallen angels became Demons (whose ranks also include the Demonized gods of pagan cultures). In the Bible, angels are main players on the stage of life and in the working out of humanity’s relationship to the Divine. Where appropriate for delivering God’s messages or meting out God’s will, they have appeared to humans in visionary experiences and DREAMS.

The church fathers of Christianity gave extensive consideration to the duties, nature, numbers, abilities and functions of angels. This theological interest peaked by the Middle Ages and began to decline in the Renaissance.

On a popular level, angels were believed by many to play roles in everyday life. People prayed to them, and magicians conjured them in spells. Visions of angels were interpreted as omens. However, during the Enlightenment, with its emphasis on science and intellectual thought, angels retreated to the realm of poetry and romantic fancy, and mystics such as Emanuel Swedenborg. Swedenborg called the souls of the dead “angels” and said he visited with them in the afterlife during his mystical trances.

Angels made a comeback in popularity in the late 20th century, due in part to a widespread spiritual hunger for personal relationships with the Divine and for the comfort of ready supernatural assistance and guidance.

Encounters with angels continue to be experienced in the modern world. Angels are most often sensed or heard by clairaudience; occasionally they manifest as apparitions in brilliant white robes or as balls of brilliant white light. Often angels appear as real persons in a “mysterious stranger” encounter. These encounters occur when a person is in a dilemma and needs quick action. A mysterious person suddenly appears out of nowhere and provides a solution. Mysterious strangers can be male or female of any race. Most often, they are male—usually a fresh-looking, clean-cut youth. They are invariably well-dressed, polite and knowledgeable about the crisis at hand. They often are calm but can be forceful, and they know just what to do. They speak, though sparingly. They are convincingly real as flesh-and-blood humans; however, once the problem has been solved, the mysterious strangers vanish. It is their abrupt and strange disappearance that makes people question whether they have been aided by mortals or angels.

Some persons consider the appearance of a spirit of the dead, such as a family member, to be an angel if the manifestation serves to warn, comfort or protect them. In Deathbed Visions, the souls of deceased friends and relatives who come to help the dying to the Other Side are often perceived as angels. See NEAR-DEATH EXPERIENCE (NDE).

The Magick of Music and Angels : The Power of Music to Enhance Angelic Contact – Damon Brand

The Angels of Alchemy: Contact the 42 Angels of Magickal Transformation – Damon Brand

I Am Your Guard : How Archangel Michael Can Protect You – Elizabeth Clare Prophet

The Sacred Magic of the Angels – David Goddard

Angels in My Hair – Lorna Byrne

Tetragrammaton: The Secret to Evoking Angelic Powers and the Key to the Apocalypse- Donald Tyson

An Angel is a being who mediates between God and mortals. Angels minister over all living things and the natural world, and over all things… 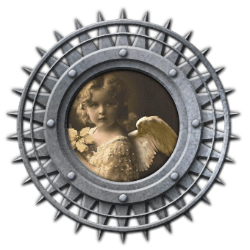 dominions (dominations, lords, lordships) In the Pseudo-Dionysian hierarchy, the fourth highest order of angels, who regulate the duties of other angels and make known the…

Angels of Mastemoth In the Dead Sea Scrolls, a name for the Watchers, Fallen Angels who cohabited with women and begat giants. The Angels of…