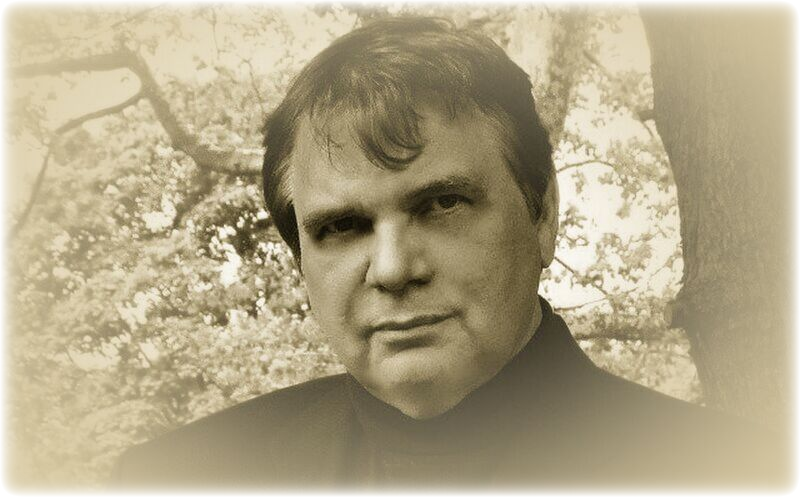 Petry was born on October 28, 1952, in Newark, New Jersey. His father, Walter Petry, was the son of a Polish immigrant, and his mother, Lottie, was a native of Newark. Petry was the youngest of two children. The family lived in the Ironbound section of Newark, so-named because of three railroad lines surrounding the neighborhood.

Petry had unusual psychic experiences from childhood. He saw Ghosts of the dead and scenes from the past played out in front of him as though in real time. He did not confi de in his parents, who were conservative Catholics. Petry would feel himself transported to distant locations, where he sometimes saw retrocognitive visions of the past.

The visions were difficult to comprehend, and he did his best to ignore them by keeping busy in jobs and activities. While still in high school, he cleaned and stacked iron pipes for a plumbing company, delivered numbers for a local bookie, and did dispatcher work at a trucking company. Inspired by the Beatles, he formed his own band. His musical writing style got the attention of an agent for the rock band, Gary Lewis and the Playboys, who invited him to come to Los Angeles. His parents refused.

After high school graduation, Petry enrolled in an automotive technical school. In 1972, he enlisted in the United States Air Force. He served in the Vietnam War, was seriously injured, and was hospitalized for five months. After his discharge he returned to Newark, where he worked for the Federal Pacifi c Electric Company in Newark, holding various positions, including marketing manager for one of the divisions.

When the electrical company moved to Raleigh, North Carolina, Petry formed his own company, Metro-Video Productions, for commercial and forensics videography and photography. He lives in Kearny, New Jersey, with his wife, whom he met in high school and married in 1973.

Petry began making independent films in 1985. Several have paranormal themes: Ironbound Vampire (1999), THE Ghosts OF AngelA WEBB (2004), and The Larksville Ghost (2005). In 2005 he formed a partnership with independent filmmaker John Orrichio, Gold Castle Films, and produced and released Requiem for a Vampire that same year. The first film produced by Gold Castle was The Haunting of Danbury House (2007).

Petry was in his forties before he started talking publicly about his psychic ability. For years, he gave informal readings to friends and associates. He helped solve crime cases involving homicides, missing persons, and kidnapings. He sharpened his ability with training provided by Ingo Swann, the New York City psychic who created the foundation for the U.S. government’s classified program in remote viewing.

When Petry tunes into the past via retrocognition, the sounds of the present fade and images of the past appear in the place of what exists in the present. He is able to describe details from the past with a high degree of accuracy. Similarly, when he experiences Ghosts, he sees and hears them as though in real time. If they are imprints, they replay scenes from the past that he observes and hears.

Petry is a believer in Survival After Death, proven to him by the ghosts he has experienced. On occasion he works with other psychics. When psychics “feel” something at a site, they look to Petry for more information, for he is able to see the entities with a high degree of clarity. He is able to communicate with some of the entities via Telepathy. Some resist communication, while still others gesture and point or just stare as if lost.

His most memorable ghost case was his investigation of a haunted house in Milford, New Jersey, with Paula Roberts of New York City, known as “The British Psychic.” Petry explained, “You didn’t have to look for the ghosts in this house, because they greeted you at the door.” A woman ghost walked freely throughout the house, while another who kept out of sight threw things around and made noises. The case and its aftermath were so compelling that he decided to produce a docudrama to try to capture and share his personal experience—The Ghosts of Angela Webb.

Petry is cautious about the use of high-technology in Paranormal Investigations. Too much can interfere with the phenomena rather than reveal it, he says.

Ghosts of Angela Webb, The Independent film portraying a bizarre, true, and tragic Haunting of a privately owned house in New Jersey that captures its…

Retrocognition is a displacement in time in which one apparently sees into the past, to either experience or review events of which one has no…

Psychometry is the ability to obtain information about a person, place, or event by handling an object such as a ring, piece of clothing, or…