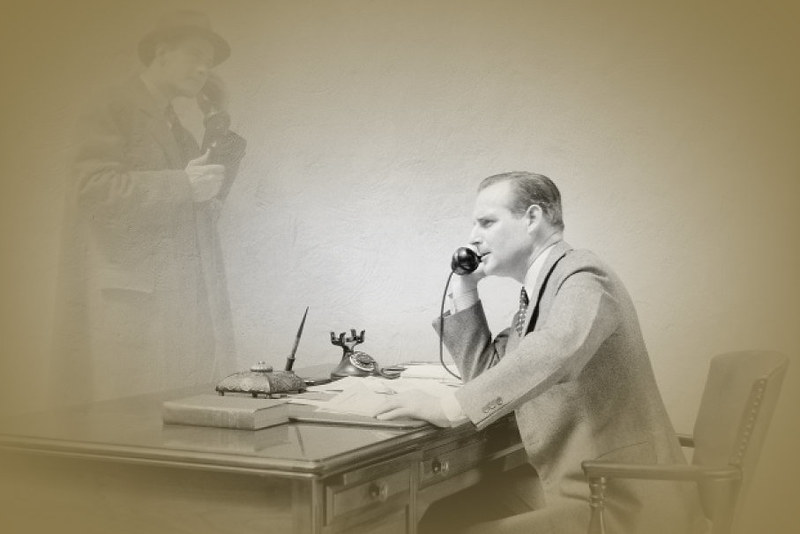 Contact with the dead has occurred universally throughout history, taking various forms of DREAMS, waking visions and auditory hallucinations, either spontaneous or induced through trance. In many cultures, the spirits of the dead have been sought for their wisdom, advice and knowledge of the future. The dead also seem to initiate their own communication, using whatever means seem to be most effective.

With the advent of electromagnetic technology, mysterious messages have been communicated by telegraph, wireless, phonographs, radio, audio recorders, random noise generators, and telephones. Many phone calls from the dead seem to be random and occasional occurrences that happen without explanation. The great majority are exchanges between persons who shared a close emotional tie while both were living: spouses, parents and children, siblings, and occasionally friends and other relatives. Most communications are “intention” calls, initiated by the deceased to impart a message, such as farewell upon death, a warning of impending danger, or information the living needs to carry out a task.

For example, actress Ida Lupino’s father, Stanley, who died intestate in London during World War II, called Lupino six months after his death to relate information concerning his estate: the location of some unknown but important papers. Some calls appear to have no other purpose than to make contact with the living; many of these occur on emotionally charged “anniversary” days, such as Mother’s Day or Father’s Day, a birthday or holiday. In a typical “anniversary” call, the dead may do nothing more than repeat a phrase over and over, such as “Hello, Mom, is that you?”

Persons who have received phone calls from the dead report that the voices sound exactly the same as when the deceased was living; furthermore, the voice often uses pet names and words. The telephone usually rings normally, although some recipients say that the ring sounded fl at and abnormal. In many cases, the connection is bad, with a great deal of static and line noise, and occasionally the faint voices of other persons are heard, as though lines have been crossed.

In many cases, the voice of the dead one is difficult to hear and grows fainter as the call goes on. Sometimes, the voice just fades away but the line remains open, and the recipient hangs up after giving up on further communication. Sometimes the call is terminated by the dead, and the recipient hears the click of disengagement; other times, the line simply goes dead.

In a minority of cases, the call is placed person-to-person, long-distance with the assistance of a mysterious operator. Checks with the telephone company later turn up no evidence of a call being placed. Researchers in the field of Instrumental Transcommunication have reported receiving lengthy phone calls from the known dead. Phone calls may be placed to the dead as well.

The caller does not find out until sometime after the call that the person on the other end has been dead. In one such case, a woman dreamed of a female friend she had not seen for several years. In the disturbing DREAM, she witnessed the friend sliding down into a pool of blood. Upon awakening, she worried that the dream was a portent of trouble, and called the friend. She was relieved when the friend answered. The friend explained that she had been in the hospital, had been released and was due to be readmitted in a few days.

She demurred when the woman offered to visit, saying she would call later. The return call never came. The woman telephoned her friend again, to be told by a relative that the friend had been dead for six months at the time the conversation took place. In several cases studied by researchers, the deceased callers make reference to an anonymous “they” who have allowed the communication to take place, and caution that there is little time to talk. The remarks imply that communication between the living and the dead is not only difficult, but not necessarily desirable.

Several theories exist as to the origin of phantom phone calls: they are indeed placed by the dead, who somehow manipulate the telephone mechanisms and circuitry; they are deceptions of elemental-type spirits who enjoy playing tricks on the living; they are psychokinetic acts caused subconsciously by the recipient, whose intense desire to communicate with the dead creates a type of hallucinatory experience; they are entirely fantasy created by the recipient.

Most phantom phone calls are not seriously regarded by parapsychologists. In the early 20th century, numerous devices were built by investigators in hopes of capturing ghostly voices; many of them were modifi cations of the telegraph and wireless. Thomas Alva Edison, whose parents were Spiritualists, believed that a telephone could be invented that would connect the living to the dead. He verified that he was working on such a device, but apparently it never was completed before his death. “Psychic telephone” experiments were conducted in the 1940s in England and America.

Interest in the phenomenon waned until the 1960s, following the findings of Konstantin Raudive that ghostly voices could be captured on electromagnetic tape. (See Electronic Voice Phenomena.) Similar to phone calls from the dead are “intention” phone calls occurring between two living persons. Such calls are much rarer than calls from the dead. In a typical “intention” call, the caller thinks about making the call but never does; the recipient nevertheless receives a call.

In some cases, emergencies precipitate phantom calls: a surgeon is summoned by a “nurse” to the hospital to perform an emergency operation; a priest is called by a “relative” to give last rites to a dying man. Some persons who have had UFO encounters report receiving harassing phantom phone calls. The calls are received soon after the witness returns home, or within a day or two of the encounter. In many cases, the calls come before the witness has shared the experience with anyone; they also are placed to unlisted phone numbers.

The unidentified caller warns the witness not to talk and to “forget” what he saw.