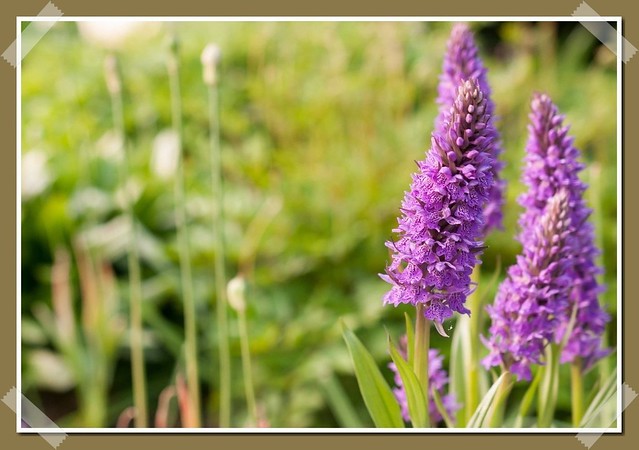 Vervain is an herb sacred since ancient times and used in both witchcraft and anti-witchcraft charms, phIltres and potions. Vervain grows throughout Eurasia and North America. It was said to be revered by the DruIds because it resembles the oak, which was sacred to them. Druids gathered it on moonless nights in the spring when the Dog Star, Sirius, rose in the sky, being careful not to touch it as they collected it into Iron containers.

The ancient Greeks and Romans considered vervain sacred as well. In Rome, it was consecrated for the purification of homes and temples and was used in medicinal remedies for a variety of ailments. Early Christians called vervain “herb-of-the-cross” because it was believed to have staunched Christ’s blood as he hung on the cross.

Because of its association with Christ, vervain was said to be an effective charm against witches, evil spells and Demons. People hung it in their homes, over their stable doors, among their crops and around their necks. Witches used it freely in their potions, ointments and brews and in the preparation of a Hand of Glory.

In Italian witch lore, vervain is sacred to Diana, patron goddess of witches. Contemporary Witches use it as an ingredient in ritual purification baths.

Vervain is a common ingredient in folk-magic love philtres, because of the belief that its undiluted juice can bring about any wish. Vervain also reputedly can bestow immunity to disease, the gift of clairvoyance and protection against bewitchment.

Among its many medicinal uses are as a cure for toothaches, ulcers, heavy menstrual flow, gout, worms, and jaundice. Early Americans wore vervain around their necks and touched it for good cures and good health.

The Spiritual Properties of Herbs – Gurudas

A Master Grimoire of Oils, Herbs and Incenses: Their Magickal Uses and Formulas – Pat Kirven Sawyer

A philtre is a magical potion that causes a person to fall in love. Philtres, also called love potions, have been used in Magic since…

The bark of the willow contains salicin, which has analgesic properties. These properties, which were discovered by the Druids, make willow bark an important ingredient…

The hand of glory is the severed hand of a hanged murderer, magically preserved, once was used as a Charm in black-magic spells and was…

In folk Magic, brass is considered to be effective in repelling witches and evil spirits. It has been used in the making of numerous kinds…

mistletoe A an evergreen shrub plant that is believed to possess magical powers of fertility, healing, luck, and protection against evil. One of the most…