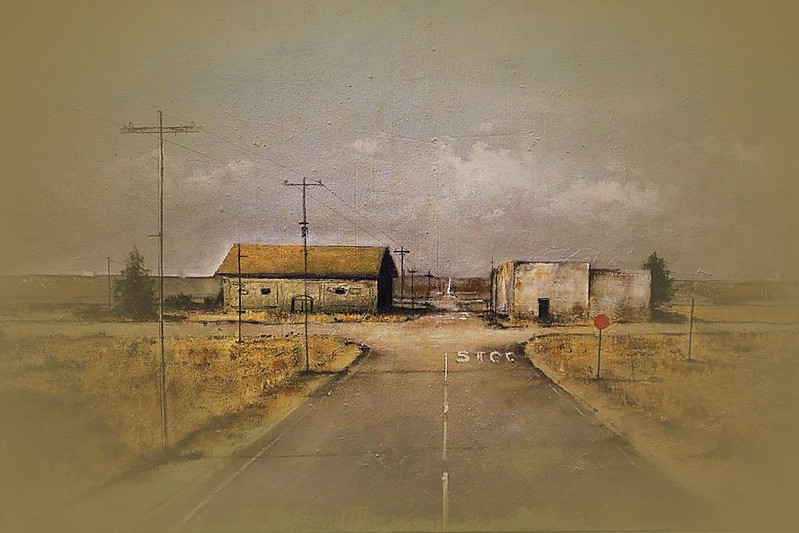 crossroads The meeting and parting of ways are widely associated with magic, the appearances and activities of Demons, the Devil, witches, fairies (see Fairy), Ghosts and spirits, and various sinister supernatural phenomena. Crossroads superstitions prevail throughout Europe and the British Isles, Greece, India and Japan, and among Native Americans and Mongols.

Crossroads are said to be haunted by various entities who delight in leading confused travelers astray, such as witches, trolls and the Will-o’-the-Wisp. (See also : Ignis Fatuus.) Crossroads also are frequented by ghosts. In German lore, a ghostly rider haunts a crossroads in Schleswig; the neck of his mount stretches out across the road and prevents people from passing. In a legend from Pomerania, a traveler is stopped at a crossroads one night after sunset by a shadowy figure wearing a long coat and wooden shoes. To the man’s consternation, the figure follows him to his house and haunts it. Finally, the man speaks to the ghost, who asks him to accompany the spirit to a churchyard and say prayers that will allow the restless shade to attain peace.

Spirits of the dead appear at crossroads every All Hallow's Eve, the pagan festival when the veil between worlds is at its thinnest. In Welsh lore, every crossroads is populated by spirits of the dead on this night. In European lore, the dead walk in processions on All Hallows Eve to visit the homes of their relatives, and can be glimpsed by standing in a crossroads with one’s chin resting on a forked stick.

At other times, the dead can be conjured to appear at crossroads. A ritual in Danish lore instructs one to go to a crossroads at midnight on New Year’s Eve and stand within a rectangle formed by horse-cart tracks. The ghost will appear when his name is called, and will be required to answer three questions. Other folk and magical rituals exist for conjuring the Devil, Demons and familiars at crossroads. The Greeks believed that Hecate, the patroness of witchcraft and crossroads, would appear at crossroads on clear nights, accompanied by spirits and howling phantom dogs. Offerings of food were left at crossroads for her. She also was petitioned for help in cases on insanity, which was believed to be caused by spirits of the dead.

One may divine who is going to die by performing rituals at crossroads, especially at certain times of the year, such as All Hallow’s Eve. In Welsh lore, one goes to a crossroads and listens for the “wind blowing over the feet of the corpses” (the east wind), which bears sighs to the houses of those doomed to die within the coming year. In the Scottish Highlands, one sits on a three-legged stool in a three-way crossroads, and at midnight will hear the names of those who will die. In German lore, one can hear names of the doomed at crossroads between eleven o’clock and midnight on either Christmas or New Year’s Eve.

Crossroads also play roles in funeral and burial rites. An old Welsh custom calls for corpses to be laid down at every crossroads and prayed over as they are carried from house to graveyard, perhaps to protect the corpse from the evil spirits lurking about these places, or to prevent the ghost from returning to haunt the living. In Hesse, Germany, the return of a ghost was prevented by smashing the pottery of the deceased at a crossroads.

In Finland, earth from crossroads that had been traversed by funeral processions was scattered upon the fields as protection against witchcraft. In many locales, SUICIDE victims were buried at crossroads, perhaps the cross shape of an intersection mimicked the consecrated ground of a Christian churchyard, denied to suicides. Or, the supernatural power of crossroads may have been used to prevent the ghosts of suicides from returning.

The cross shape of crossroads is in some lore protection against the very spirits alleged to haunt the places. For example, one German superstition holds that spirits and ghosts cannot pass a crossroads. Thus, if one is pursued by a ghost or Demonic creature, one should race to a crossroads. The pursuer will vanish, usually with an unearthly shriek. Similarly, Irish lore holds that the powers of fairies can be neutralized at crossroads, and that mortals who are kidnapped by fairies can gain their freedom there.