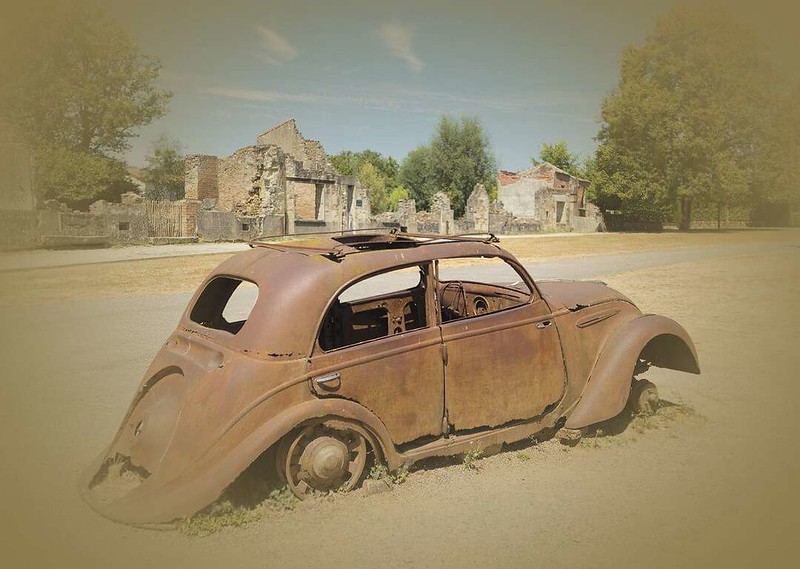 Death cars are afolklore motif in which a car carries an ineradicable SMELL of death because a previous owner died in the car and the body was not discovered until after it began to decompose. The legend is widespread throughout the United States, where it may have originated, perhaps in the 1930s. It appeared in England in the 1950s.

The main story line of the death car legend is that someone knows a person who bought a nice car at an unbelievably cheap price, and then discovered it had a horrible smell of death. The details vary: the type and year of car, the location where the event takes place, and the circumstances of the death. For some unknown reason, Buicks are the most popular make of car in the legend, followed by Chevrolets, Fords and sports cars, not necessarily in descending order.

The most common cause of death is SUICIDE, but the cause may also be murder or accident. All efforts to rid the car of the stench fail, and the owner either sells it at a loss, takes it back to the dealer, or turns it into scrap metal.

From : The Encyclopedia of Ghosts and Spirits– Written by Rosemary Ellen Guiley–  September 1, 2007