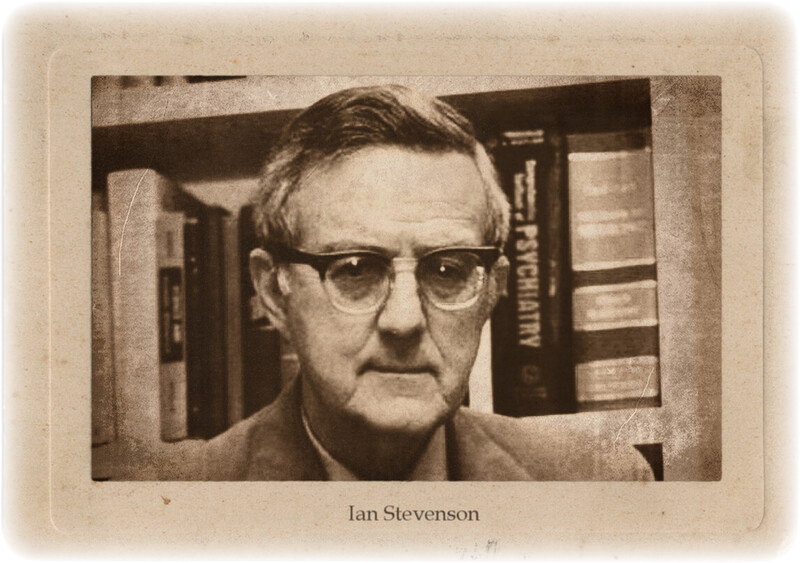 Ian Stevenson(1918–2007) Physician, psychiatrist and psychical researcher, best known for his studies of children who remember previous lives (see Reincarnation). His lesser-known interests include Mediumship, Apparitions, and Poltergeists, in all of which areas he made methodological and theoretical, as well as substantive, contributions. As one of the most academically respected Psychical Researchers in the world today, Ian Stevenson did much to advance the Scientific study of Survival after Death.

Stevenson was born October 31, 1918, in Montreal, Canada. He was educated at the University of St. Andrews in Scotland and at McGill University in Montreal, from which he received an M.D. in 1943. He trained in psychosomatic medicine and psychiatry in the United States and then taught psychiatry at the Louisiana State University Medical School.

Stevenson became actively involved in psychical research only after taking a position as professor of psychiatry at the University of Virginia in 1957. He became interested in Extrasensory Perception (ESP) and SURVIVAL, and began collecting cases of past-life memory. In 1960 he published a two-part article, “The Evidence for Survival from Claimed Memories of Former Incarnations,” in the Journal of the American Society for Psychical Research. It was named the winning essay in a contest in honor of William James.

Prior to Stevenson’s article, Reincarnation had not received much attention in psychical research, which looked largely to mediumship and apparitions for evidence for survival. Stevenson, however, reported having found 44 published cases in which a person claimed to have been someone who could be shown to have existed, and the following year he began his own search for cases. By the early 1990s there were some 2,500 cases in his files. Thanks largely to his many books and articles, Reincarnation is no longer an outlandish idea.

Stevenson was chairman of the Department of Psychiatric Medicine at the University of Virginia in 1967, the same year he founded the division of Perceptual Studies. He resigned both when Chester Carlson, inventor of the Xerox photocopying process, provided the endowment for a faculty chair. As Carlson Professor of Psychiatry, Stevenson was freed from teaching and administrative duties and was able to devote more time to research and writing.

In 1968, Stevenson proposed a novel way of investigating the survival of death. He began a program under which people could send him a closed combination lock, whose solution was known only to themselves, but which they would try to communicate through a Medium after their death. The idea for the combination lock test came from the sealed letter tests common in the earlier years of psychical research (see Survival Tests). The disadvantage of sealed letters is that they can only be opened once, and if description of their contents is wrong, the test has failed. Combination locks, on the other hand, can be tried any number of times, which gives researchers the chance to separate the pretenders from the real communicators. Stevenson received so many locks in the first few months of his project that he had to restrict entrants to the elderly or others who expected their death soon. He has not reported any successes.

Much of Stevenson’s work with Mediumship concerned Drop-in CommunicatorS, a term he coined to represent those communicators who are unknown to either the medium or the sitters but who simply “drop in” at a Séance. Drop-in communicators are thought to provide especially good evidence for survival because the facts about their lives are unknown to everyone present, ruling out telepathy between medium and sitters as a possible explanation for accurate readings.

Some modern psychical researchers try to explain apparitions and poltergeists as the results of actions of living agents, but for Stevenson deceased agents were also responsible for them. In a 1975 paper, “Are Poltergeists Living or Are They Dead?” he described certain features that seem typical of cases with each type of agent. For instance, in cases with a deceased agent, the phenomena, such as noises and movement of objects, occurred further away from the living person around whom they seemed to center than in cases in which the living “focus person” was also the agent.

A 1982 paper, “The Contribution of Apparitions to the Evidence for Survival,” argued that apparitions were produced by a deceased agent and the living subject together, each contributing varying amounts to the experience. This position is in contrast to that of Edmund Gurney and G.N.M. Tyrrell, who believed that apparitions were hallucinations of the subjects, based on information received via ESP from the agents.

In both these papers, Stevenson used examples from his research with Reincarnation cases. Although Stevenson’s work focussed on Reincarnation cases, he tried to place these in perspective by Demonstrating the links between them and other types of survival phenomena. In Stevenson’s view, the personality after death may communicate with the living through mediums, interact with the world as a poltergeist or manifest itself as an apparition, before it reincarnates.

Stevenson was more successful than many psychical researchers in getting his work accepted by professional journals in other fields, including medicine, psychiatry and anthropology. When his article “Research into the Evidence for Man’s Survival After Death” was published in the prestigious Journal of Nervous and Mental Disease in 1977, the editors received hundreds of requests for reprints. Although he generally eschewed the media, Stevenson did allow journalist Tom Shroder of the Washington Post to travel with him on two research trips to India, resulting in Shroder’s book Old Souls: The Scientific Basis for Reincarnation.

In his later years he served as professor of research at the Division of Perceptual Studies, which studies children’s past-life memories, Near-Death-Experiences, Out-of-Body Experiences, After-Death Communications, Apparitions, and Deathbed Visions.

Stevenson died on February 8, 2007, in Charlottesville.

Two books have been written about Stevenson: Old Souls: The Scientific Evidence for Past Lives (1999), by Tom Schroder, and Life Before Life: A Scientific Investigation of Children’s Memories of Previous Lives (2005), by Jim B. Tucker.