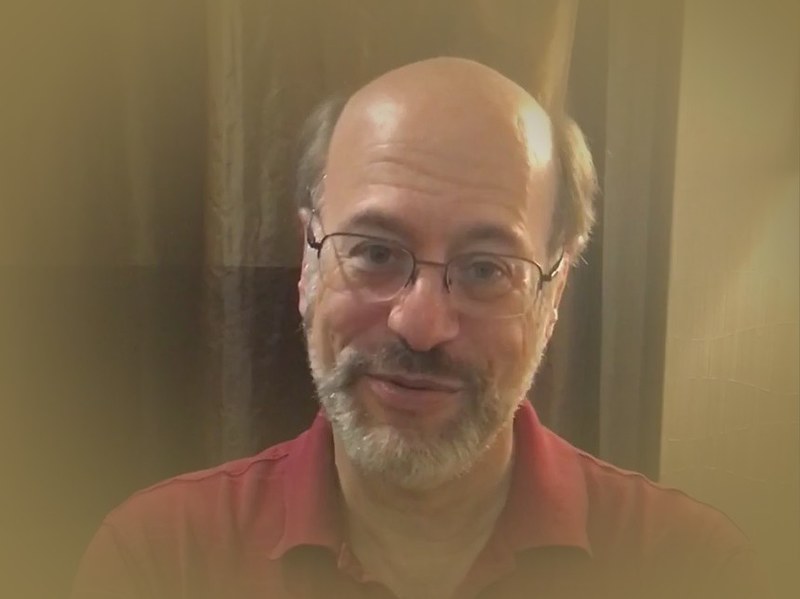 Loyd Auerbach, Paranormal investigator, author, speaker, and professional psychic entertainer and mentalist. Loyd Auerbach is the director of the Office of Paranormal Investigations, an organization he founded. Auerbach grew up in Westchester County, north of New York City, where his father worked for NBC on its coverage of the Mercury and Gemini spaceflights, and subsequently for NBC Sports.

His early interest in television shows such as The Twilight Zone and One Step Beyond, science fiction novels, and comic books expanded into other areas like psychology, anthropology, mythology, physics, and folklore. In the 1970s, serious study of parapsychology was practically nonexistent, so Auerbach received a bachelor of arts degree in cultural anthropology from Northwestern University, Chicago, in 1978.

He then completed a master of science degree in a new program of parapsychology from JFK University in 1981. Formerly in Orinda, California, the school relocated to Pleasant Hill in 2004. He remained on the faculty at JFK University as an adjunct professor in Integral Studies, previously called Interdisciplinary Consciousness Studies. Auerbach worked in New York from 1982–1983 as the public information/media consultant to the American Society for Psychical Research, facilitating media coverage and information about the parapsychological field.

He belongs to the California Society of Psychical Study, where he served as president twice. Auerbach also taught at Rosebridge Graduate School for Integrative Psychology from 1996–1998; the school is no longer open. Over his professional career Auerbach has taught classes and seminars in such topics as parapsychology, anthropology, altered states of consciousness, science fiction, magic, ghosts and hauntings, and psychic charlatans.

In February 2005, in conjunction with HCH Institute in Lafayette, California, Auerbach launched a certification program in parapsychological studies. In its August 1996 issue, Newsweek magazine named his first book, ESP, Hauntings and Poltergeists (1986), the “sacred text” on ghosts. Auerbach had wanted to call the book I Ain’t Afraid of No Ghost, but the publisher was unable to secure permission for that line from Ghostbusters, which opened in 1984.

The film helped cement his career as a paranormal investigator. One of his favourite experiences was a case in New York reported in Playgirl as “The Sexorcist.” A couple living in a five-year-old house were awakened every morning about 3:00 A.M. by the sounds of the previous owners engaging in very noisy sex in another bedroom. Auerbach described the situation as comparable to a “recording” played over and over.

He suggested the couple have sex at 3:00 A.M. in that bedroom, thereby making their own psychic recording. It worked, and the couple even changed bedrooms. In 1989, with Christopher Chacon Auerbach, Loyd 29 (no longer affiliated), Auerbach founded the Office of Paranormal Investigations—a group available to consult with those who believe they have had a paranormal experience or possibly ghostly contact.

OPI also serves as a resource center for people in business, media, science, government, and law enforcement about parapsychology. Auerbach is interested in the way the media and popular culture portray paranormal phenomena. Most of his consulting work deals with providing correct information about the supernatural and guiding authors, television and movie producers, and the general public in their understanding of the subject.

Auerbach also has served as a consultant and expert witness for attorneys and law enforcement agencies. In 1991, Auerbach joined the staff of Fate magazine as consulting editor, a post he held until 2004. He coaches individuals in the art of public speaking and was featured in (and was technical editor for two editions of) Malcolm Kushner’s book Public Speaking for Dummies. Auerbach’s second book, Psychic Dreaming (1991), examined the current understanding of dreams in general but especially psychic dreams.

His third book, Reincarnation, Channeling and Possession (1993) covered those topics. His fourth book, Mind over Matter (1996), focused on the self-limits a person imposes, as well as on psychokinetic phenomena. Other books are Ghost Hunting: How to Investigate the Paranormal (2004); Hauntings and Poltergeists: A Ghost Hunter’s Guide (2004); Paranormal Casebook; Ghost Hunting in the New Millennium (2005); and Haunted by Chocolate: How to Go from Chocoholic to Chocolate Gourmet (2007).

Auerbach recorded some of his more interesting paranormal investigative tales on a two-CD set called Ghost Stories in 2001. Auerbach produced a documentary in 1991 on the haunting of the USS Hornet, a World War II–era carrier docked in Alameda, California. He served as president of the Psychic Entertainers Association, an organization of psychic and mentalist performers from 2001–2005, and continues to perform a magic act as Professor Paranormal for private groups.

In 1991, Auerbach formed Science Fiction Theater to present Séances and other “spiritual” entertainments. Auerbach is one of the few parapsychologists also active in mentalism and magic; he was president in 1989 of Assembly 112 of the Society of American Magicians and has been chairman of the Bay Area Club 53 for magicians and mentalists. He remains active with the Psychic Entertainers Association. He was the first parapsychologist to serve as an officer in both psychic research organizations and magicians’ guilds.