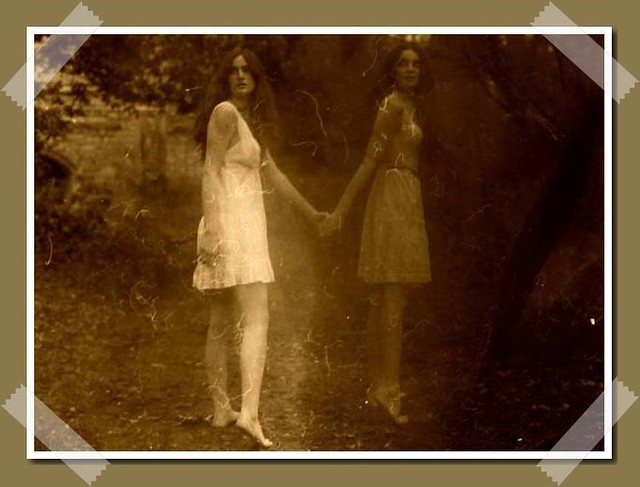 Labeled “phantasms of the living” by the British Society for Psychical Research (SPR)in 1886, crisis apparitions are the apparitions, or so-called “ghosts,” of persons who are still alive. It is not uncommon for crisis apparitions to be spotted in locations that are great distances away from where their living counterparts are.

In many cases, the crisis apparition of a person who is in some form of danger, pain, or on the verge of death, will appear to a loved one, whether they be several miles away or on the other side of the world, to make them aware that something is not right. In all cases the person who is in crisis remains completely unaware that they are somehow projecting their own image in this manner.

Others may perceive such an image, which is indistinguishable from the real self, either through psychic means (as visions seen in the mind’s eye) or through the normal senses. In some cases, a person will see, or be visited by, his or her own living apparition or double. This type of phenomena is known as a doppelganger, which is a German term meaning “double walker.” The Swedish term for a person’s double is a vardoger. Some of its other names include: “beta body,” “fluidic body,” “pre-physical body,” and “subtle body.”

Crisis apparitions and doppelgangers present the greatest challenge to science, for they seem to involve a living human being existing in two places simultaneously— a phenomenon known as bi-location. “Bi-location is a concept hardly more congenial to scientists than the idea of returning from the dead,” writes Hilary Evans and Patrick Huyghe in The Field Guide to Ghosts and Other Apparitions. “But this type of case is entirely compatible with the widespread belief…that there is a part of us…which can detach from the physical body and for a short while act independently of it.”

To sum it all up, the projected self can sometimes be made visible to others, at a distance from the physical self. The phenomenon of crisis apparitions and doppelgangers, of which much has been written and speculated over since the dawn of the spiritualist movement in Victorian times, was well known to the ancients. (The ancient Egyptians, for example, believed that every soul possessed a double, known as a ka.) However, the true nature and cause of these remain a mystery in our modern age.

One given explanation is that they are projections of a person’s astral body. Another is that they are human beings’ souls, which are reflections of the physical body. Eileen J. Garrett, a gifted and renowned medium born in Ireland in the 19th century, viewed a person’s double as “a means of telepathic and clairvoyant projection,” which could be “manipulated to expand one’s consciousness.”

But whatever the true nature and cause of this phenomenon may be, many parapsychologists regard crisis apparitions as further proof that there exists a part of living beings capable of exiting the physical body or existing without it that can still communicate with others, accomplish tasks, and function as an independent entity. From a folkloric viewpoint, legend holds that the appearance of a man’s or woman’s double is indicative of that individual’s imminent demise.

A Witch’s double has long been known as a “fetch,” and during the Witch-burning era it was commonly believed throughout Europe and New England that a Witch was capable of sending forth his or her fetch to steal, create mischief, or bring harm or death to enemies and rivals. Peasants and royalty alike believed this to be accomplished through the use of special incantations or spells, the aid of the devil, or simply through the power of the Witch’s will.

A type of apparition, a doppelgänger is an exact duplicate of a living person in whose company it appears. (The word doppelgänger essentially means “double”…

WRAITH The ghost of a person on the verge of death. According to lore the wraith appears as an exact likeness of its human counterpart,…

double The apparition of a living person that is an exact duplicate, even including details of dress. Doubles fall into two categories: Death Omens and…