The Miami Poltergeist was the first Poltergeist case in which scientifically controlled experiments were conducted to determine the nature of the activity. A human focal point was identified.

The Miami Poltergeist case began in late 1966 or early 1967, when an unusual number of objects in the warehouse of Tropican Arts, a wholesaler of novelty items, spilled and broke under mysterious circumstances. At first, carelessness on the part of shipping clerks was blamed. On January 14, 1967, the Miami police were called by the warehouse manager, Alvin Laubheim, who complained that a Ghost was in his warehouse breaking things. The investigating officer arrived and witnessed objects falling off shelves of their own accord.

After the case came to public awareness, parapsychologists, including William G. Roll and J. G. PRATT, investigated. Almost immediately Roll suspected that a human focal point was responsible, and that the person was a 19- year-old shipping clerk named Julio. The breakages and movements of objects always took place when Julio was in the vicinity, and the activity was most intense when Julio seemed to be irritated or upset. Julio’s proximity to the activity had led coworkers to accuse him of being the culprit, which he vehemently denied. He did confess, however, that the breakages made him happy. The researchers found no evidence that he was responsible for the incidents, or that any trickery was used to stage effects.

No objects moved when attempts were made to film activity. Also, activity in general decreased whenever Roll was on the scene, although he did manage to witness 13 of the 224 incidents that were documented.

Julio’s father-in-law to be, Jose Diaz, a Medium, was brought to the warehouse by management, and he claimed to see an alligator spirit that allegedly was responsible for the mischief. Diaz placed items about the warehouse to serve as diversionary “playthings” for the spirit, but the breakages continued.

Roll and Pratt examined all shelves to make sure that boxes and items were pushed as far back as possible to eliminate the possibility of vibrations or jarring causing them to fall naturally. To see if objects rose up in the air before falling, Roll placed notebooks as a barrier in front of rows of glasses on shelves. When broken glass was discovered and the notebooks stood undisturbed, it indicated that the glasses had risen up into the air before falling to the ground.

The case also enabled Roll to test his psi field theory (see Poltergeist), which holds that phenomena reduce with distance from the agent due to a weakening psi field, comparable to a magnetic field. Activity was reduced with distance from Julio; however, objects farthest away from him travelled the longest distances, while objects nearest him travelled the shortest distance. To explain this, Roll proposed that the psi field rotates in a circular motion around an agent similar to a vortex. This explanation has been widely contested by other parapsychologists.

Julio agreed to take a battery of personality and psychological tests. Results that might indicate unconscious Psychokinesis (PK) at work included anger, rebellion, a sense of unworthiness, guilt, rejection, detachment, passivity and inaction, a feeling of being apart from the social environment, and a feeling that he did not get what he felt he deserved, and dissociation, especially in terms of expressing aggression. Julio acknowledged disliking his boss. It also was discovered that 10 days prior to the start of the phenomena at the warehouse, Julio had had some upsetting experiences at home, with his stepmother trying to get him to move out of the house. He suffered nightmares and had suicidal feelings.

On January 30, a break-in occurred at the warehouse and some items and petty cash were taken. Julio was suspected, and he later confessed. The owner and manager did not press charges. The police sergeant also said that Julio claimed he had caused the poltergeist activity with trickery using threads; the sergeant, however, never examined the warehouse, and Roll and Pratt doubted the claim. Several days later, Julio stole a ring from a jeweller for his fiancee. He was convicted and sent to jail for six months. After his departure from the warehouse, phenomena ceased.

Upon Julio’s release, Roll and others attempted to arrange financial support for him so that he could undergo laboratory research for Extrasensory Perception (ESP) and PK. Julio declined, and pursued marriage and a tumultuous job history. He eventually underwent tests, and showed significant results for PK but not for ESP. He indicated an ability to control his PK. Later, his father-in-law attempted to help him improve his control of PK in mediumistic sittings.

The Miami case is evidence in support of the theory that at least some cases of poltergeist outbreaks are caused unwittingly by human agents, perhaps due to repressed emotions and hostilities.

Seaford Poltergeist is the first modern investigation by parapsychologists of Poltergeist disturbances in a Seaford, Long Island household in 1958. The case might also aptly…

William George, Roll Jr. (1926–2012 ) American parapsychologist who has specialized in the study of poltergeists and phenomena suggesting Survival After Death. William G. Roll…

The Psychical Research Foundation is a Nonprofit organization devoted to research and education on Survival After Death and related phenomena such as Out-of-Body Experiences, Near-Death-Experiences,… 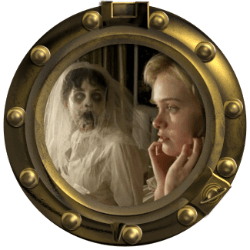 See also : Poltergeist Cases A poltergeist is a mischievous and sometimes malevolent spirit or unknown energy that is characterized by noises, moving objects, and…