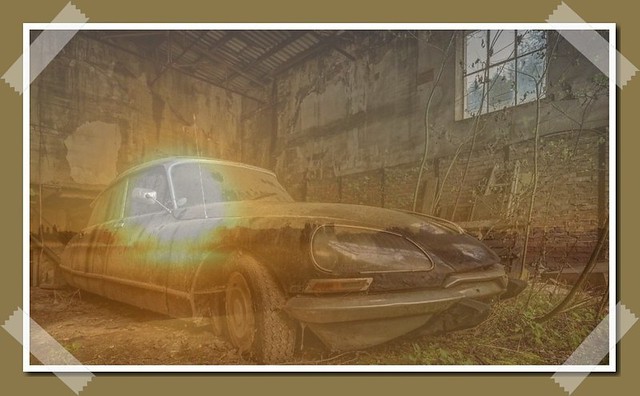 Phantom vehicles are ghostly vehicles which suddenly appear on the road, usually traveling at high speed, are a widespread type of haunting. The vehicles appear to be real; some are driverless.

Drivers of other vehicles in their approaching paths swerve violently to avoid a collision, sometimes colliding with something else, resulting in injury and death. Some phantom vehicles are associated with sites where murders or tragic accidents occurred, or sites reputed to be otherwise haunted. Some have unknown origins but are seen by many over the course of time, always hurtling down the same piece of road or highway.

On the night of June 15, 1934, a young man driving his car in the North Kensington area of London suddenly found himself on a collision course with a bus. Headlights blazing, the bus was speeding to the intersection of St. Mark’s Road and Cambridge Gardens. The young man swerved but collided with another car. He was killed. The bus allegedly was a phantom vehicle which continues to be reported over the years, and has caused other accidents. Other drivers have had minor accidents trying to avoid the bus, said by at least one witness to be driverless.

At Christmastime along the Lamberhurst-Frant Road in Kent, a phantom truck appears, sometimes during the day, to cause other drivers to swerve out of the way. In 1960, one truck almost overturned in the driver’s attempt to avoid the ghost truck; the driver investigated but could find no sign of the vehicle. The phantom truck also has been reported to suddenly back out into oncoming traffic.

At BACHELOR’S GROVE CEMETERY near the Rubio Woods Forest Preserve near Chicago, an area where numerous haunting phenomena have been reported, phantom cars have mystified and terrified various witnesses at dusk and at night. Phantom cars and trucks which suddenly disappear have been reported along or near the Midlothian Turnpike, which runs past the cemetery. Drivers have reported having their own cars struck by speeding phantom cars which appeared out of nowhere; some even hear the sounds of splintering glass and crumpling metal. When they get out to inspect the damage, however, there is no sign of an impact and no sign of the other car. There are no legends of accidents or tragedies that attempt to explain the phantom cars at this site.