Spiritism is the philosophy of Allan Kardec, also known as Kardecism (Kardecismo in Brazil) in his honor, stems directly from the spiritualist movement that swept Europe in the 1850s.

Intrigued by the Rapping and Table-Tilting associated with spirit communication, French writer and physician Hippolyte Leon Denizard Rivail (1804–1869) began joining Séance circles about 1850. Through the medium Celina Japhet, Rivail learned that in earlier incarnations he had been known as Allan and Kardec, names he later assumed as his pseudonym.

Writing under Kardec, Rivail transcribed many of Japhet’s communications while in trance into Le Livre des Esprits (The Spirits’ Book) in 1856. In it, he expanded traditional spiritualist philosophy by saying that spiritual progress is possible only by compulsory Reincarnation to correct past mistakes. These incarnations occur only as humans, not as animals. He also maintained that certain illnesses have spiritual causes—especially epilepsy, schizophrenia and multiple personality—and can be treated psychically through communication with spirit guides. Such ideas were common within the spiritualist community, wherein Mediums appealed to the spirit world to help rid sufferers of obsessing tormentors.

But Kardec’s insistence on the necessity of Reincarnation took Spiritualist doctrines beyond proof of Survival After Death. In fact he was so convinced of the rightness of his beliefs that he actively discouraged investigation of any physical manifestations, except Automatic Writing, which he thought was less influenced by preconceived ideas. True spiritists viewed Rapping, Levitation, and Materialization as just so many parlour games, although ironically, spiritualists often used “spiritism” to mean the production of physical phenomena. Consequently, psychical research in France lagged behind the rest of Europe by about 20 years.

Within the spiritualist community in England and the United States, critics of spiritism asserted that if Reincarnation were true, then the spirits with whom mediums were in communication would have discussed the subject; apparently they did not. Medium D.D. Home commented that he had met at least 12 Reincarnationists who claimed to be Marie Antoinette, 6 or 7 who were Mary Queen of Scots and about 20 who were Alexander the Great, but not one plain John Smith. Anna Blackwell, Kardec’s translator and principal British supporter, countered that the Continental mind was more receptive to new ideas than the English one.

Spiritist teaching maintains that suffering and illness in this life are the result of spirit influence compounded by remnants of turmoil endured by the individual in past lives. Each time a SOUL is reborn, wrote Kardec, it brings with it “subsystems” of past lives that may even block out the reality of the current life. Each rebirth, however painful, according to Kardec, enables the soul to improve and eventually attain a higher plane of existence.

Kardec taught that a person is composed of three parts: an incarnate soul, a body and a perispirit, or what Kardec described as a semi-material substance that unites soul and body and surrounds the soul like an envelope. All souls are created equal, ignorant and untested, and continue coming back to life until they have nothing more to learn.

At the death of the flesh, the perispirit holds the soul and separates from the body. This process takes longer if the deceased were particularly attached to his or her material existence. Spiritually advanced souls, wrote Kardec, receive death with joy as it signifies release and the promise of future enlightenment. On the other hand, the spirits of those unfortunates who died suddenly or violently cling desperately to their bodies, confused and certain they are not dead. SUICIDES, especially, try to remain with their material existences, and may reincarnate only to commit suicide again. Only when the perispirit has left the flesh, taught Kardec, does the soul realize it is no longer part of the human world.

Once the perispirit has left the body, the soul returns to the spirit world, where spiritists believe the soul reviews its past lives and its progress to enlightenment and decides which life-path to pursue next. Each soul has wide latitude in choosing its next life, and often returns to its earthly family. In cases in which two spirits desire to occupy the same body, God, described by Kardec as the Supreme Intelligence and First Cause of All Things, makes the choice.

Spirits who suffered greatly on earth and choose to devote their energies to persecution of the living practice “spirit vampirism,” according to spiritist author Andre Luiz. Kardec did not consider all obsession intentional, however. “Spirit induction” occurs when a confused, recently deceased soul invades a living human on the presumption that death did not happen. Kardec denied the possibility of Exorcism by outsiders, whether in the name of the Lord or not. Instead he maintained that exorcism must originate from the obsessed through conviction and prayer, noting proverbially that “God helps those who help themselves.”

Kardec’s theories enjoyed brief popularity in Europe and then gave way to the next intellectual craze. Spiritist belief in Reincarnation, stressing the moral improvement of the soul, led naturally into the Reincarnation theories of Theosophy.

But in Brazil, exposed for centuries to African spirits and superstition, Kardecismo took root and remains a powerful religious force in contemporary society, with Kardecist centres all over the country. The movement provides the elite with a metaphysical explanation for life they could not relate to in the magical rites of the poor, and the uneducated receive formal proof of their magical beliefs. Most Brazilians profess Catholicism yet call themselves espiristas. In fact, Brazilian Kardecists claim the movement restores Christianity to its foundation, basing the faith on the immortality of the soul. Kardecism also flourishes in the Philippines.

Kardecist healing encompasses prayer, counselling, exploration of past lives through a medium and perhaps psychic surgery. Practitioners of this technique allegedly open the body without anaesthetic or surgical instruments and manipulate vital organs and use laying-on of hands to heal all kinds of disease and deformity. The mediums may be uneducated and unskilled, but they claim to be guided by the spirits of past physicians. While some claims of psychic surgery remain unexplained, others have been found to involve fraud and stage magic sleight of hand.

The Kardecist psychiatric hospitals, staffed by highly trained doctors, operate comfortably alongside their more traditional counterparts in Brazil and have won the admiration of many non-spiritist physicians. As early as 1912, psychiatrist Dr. Oscar Pittham, saddened with his profession’s inability to treat many sufferers successfully, began collecting funds to establish a so-called “spirit hospital.”

Finally, in 1934, Pittham’s dreams were realized in a new hospital in Porto Allegre. The facility, which doubled in size in 1951, supports more than 600 beds and a staff of more than 200. Other major Kardecist institutions are in Itapira and São Paulo.

Perhaps the hospitals’ most remarkable features are their rigorous denial of profit and acceptance of all patients, regardless of race, creed or ability to pay. Hospital directors do not receive salaries.

In fact, all dedicated spiritist mediums firmly insist that theirs is a God-given talent, not to be used for personal gain. Once a medium begins charging for paranormal services, the gift will disappear. One of Brazil’s most famous mediums, Chico Xavier, has transcribed well over a hundred books on science, literature, history, Kardecist philosophy and children stories, yet lives in poverty. He modestly claims that his spirit guides are the true authors.

Kardec acknowledged that such humility does not characterize every medium. His Medium’s Book (1861) outlined in detail the function of a medium, and any charlatan who wished to learn the tricks of the trade only had to study Kardec’s work. Little research has been done on spiritist phenomena, since believers consider Kardecismo a religion, not a science. The only major organization collecting and studying spiritist work is the Instituto Brasileiro de Pesquisas Psicobiofisicas (IBPP), or the Brazilian Institute for Psycho-Biophysical Research, founded by Hernani Andrade in 1963. 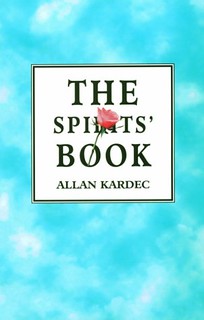 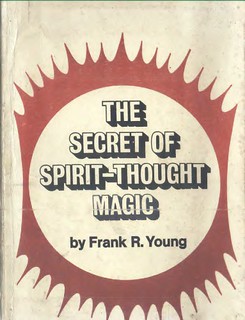 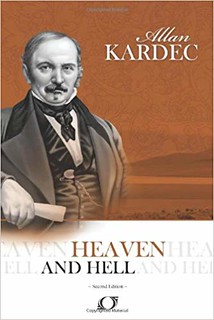 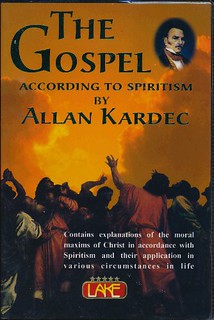